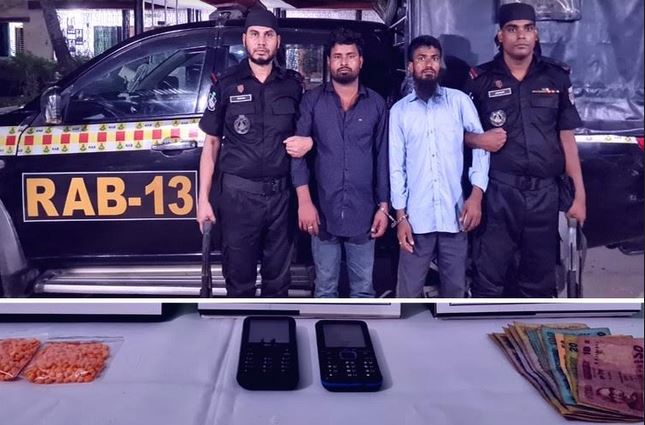 “On a tip off, an operational team of the Crime Prevention Specialized Company (CPSC) of RAB-13 conducted a raid and arrested the two men with the Yaba tablets, two mobile phone sets and cash money from the spot,” a press release said.

The detainees were identified as Md. Sajjadul Islam, 30, son of Md. Shahidul Islam and Md. Asaduzzaman Ashad, 32, son of Md. Mokbul Hossain of village Khordo Narayanpur in the same upazila.

During preliminary interrogation, the detainees admitted that they had been involved in trading drugs in connivance with their other cohorts for a long time.

“After filing a case in this connection against the arrested persons, the elite force handed them over to Mithapukur police station,” the release added.