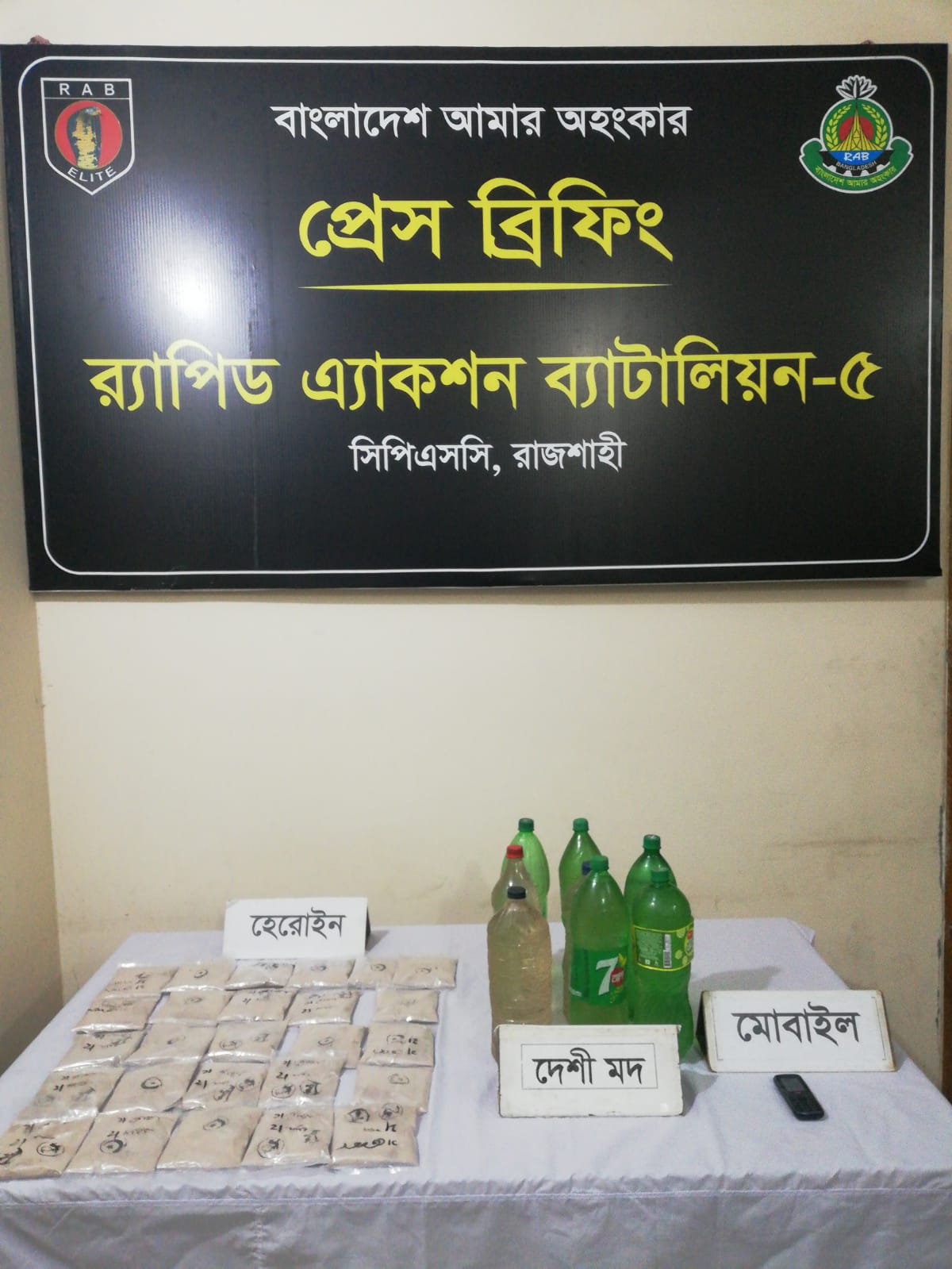 RAJSHAHI, Sept 25, 2022 (BSS) - Rapid Action Battalion (RAB) in an over night anti-crime drive arrested two alleged drug peddlers, including a woman, with 2.60 kilograms of heroin and 15 bottles of liquor from a village in the district.

The arrested persons were identified as Arzan Begum, 64, wife of late Soybur Rahman, and Mahabur Rahman, 39, son of late Khokan Ali, both hailed from Madarpur village under Godagari Upazila in the district, RAB sources said this morning.

On a tip-off, a team of the elite force conducted a raid in the house of Arzan Begum around 8:30 pm last night and arrested them after finding narcotics by searching the house.

The arrested persons along with the seized contraband goods were handed over to the police this morning.

A case was recorded with Godagari Model Police Station.