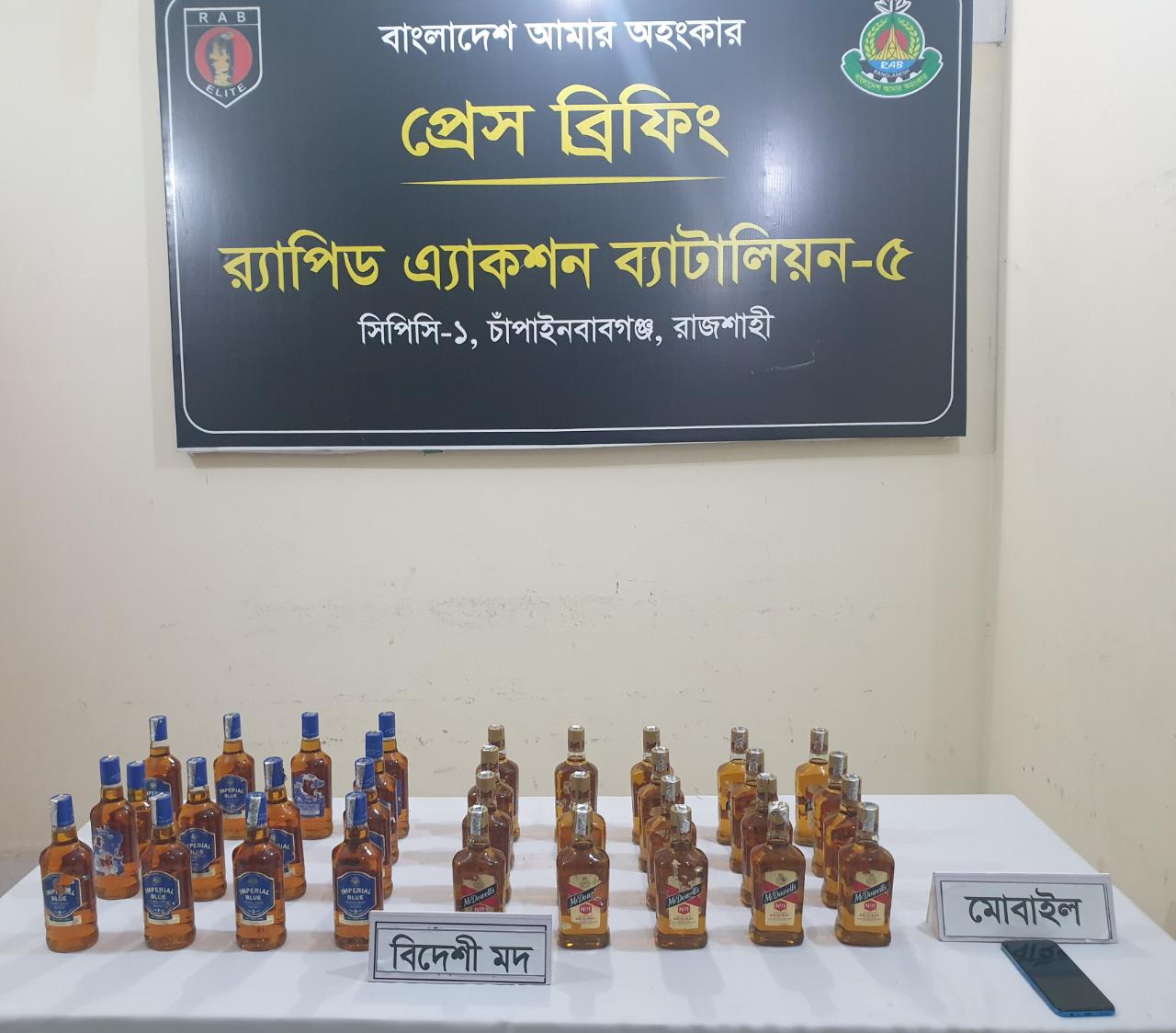 The arrested person was identified as Md. Masir Ali, 20 of Shahbajpur
Hatatpara under Shibganj upazila in the district.

RAB said, acting on detective information, an operation team of RAB-5 from
Chapainawabganj camp conducted a raid at Daipukuria village under Daipukuria
union of Shibganj upazila in Chapainawabganj district at around 9-30 pm and
arrested Masir Ali with the wine.

Later the elite force handed him over to the police of Shibganj thana with a
case.