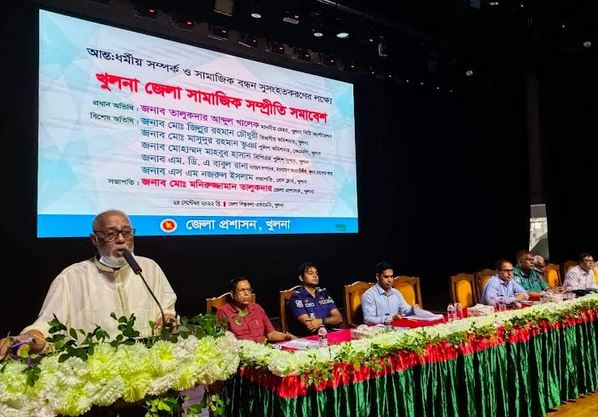 He also hoped that the celebration of Durga Puja will be ended amid great enthusiasm in the city and all nine upazilas of the district with the cooperation of masses.
KCC Mayor said these while speaking at a meeting of Khulna Zila Samajik Samprity Parishad at the Zila Shilpokola Academy here as chief guest.

Religion is everyone’s but festival is universal, KCC Mayor said that Bangladesh is an example of religious harmony across the world, the chief guest said.

During the last 14 years under the leadership of Prime Minister Sheikh Hasina, all religious festivals like Eid, Puja, Buddha Purnima and Christmas were observed peacefully, the mayor said adding that Durga Puja this year will also be celebrated peacefully.

He urged everybody to cooperate for peaceful celebration of the Durga Puja and maintain communal harmony.