Schoolgirl murdered after rape, house tutor among 3 held in Noakhali 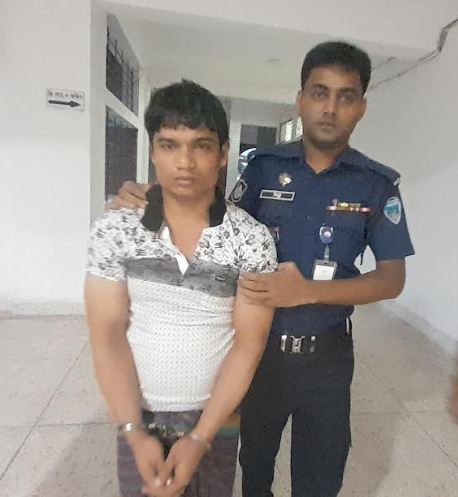 NOAKHALI, Sept 23, 2022 (BSS) - Three persons including a house tutor have been arrested in connection with the murder of Tasnia Hossain Adita, a class 8 student of Noakhali Government Girls High School in the district.

Superintendent of Police (SP) Md Shahidul Islam said this while addressing a press conference at his office in the district town today.

The arrested were identified as house tutor Abdur Rahim Rony, 20, son of Khalil Miah, resident of Luxminarayanpur area in Noakhali Pourasava area and his acquaintances Sayeed, 20, and Israfil, 14, of the same area.

Police super Shahidul Islam said Adita started to take lessons from another private tutor leaving Abdur Rahim Rony a few days ago. It made Rony furious over Adita. However, he continued to visit Adita's house. Taking advantage of the absence of Adita's mother at home, sometime between 12-noon and 2pm on Thursday Rony went to Adita's house and first raped her. With a view to concealing the rape, Rony later slit the throat of Adita with a knife. In order to divert the incident to another direction, he threw all the dresses and other things of the almirah scattered on the floor.

The police super said after the recovery of the body of slain schoolgirl, police launched several drives and arrested Abdur Rahim Rony. His two associates were also arrested during the drive.

Besides, police seized a knife from the spot which was used in committing the murder.

SP Shahidul Islam said a case was filed in this connection.

Police recovered Adita's body from a room of Jahan Manzil around 9:30 pm on Thursday. Her body bore several marks of injury.