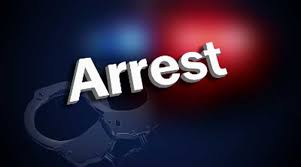 The arrested person was identified as  Rabiul Hossain Hriday, 26,  son of Abdul Mannan of Rahmatpara in Dalamukh area under Raozan upazila of the district.

Moinur Rahman Chowdhury, Officer-in-Charge (OC) of Chandgaon Police Station, told journalists that police detained a truck at the said area when it violated police signal at 7.30 am today.

Police also detained the driver Rabiul Hossain and his truck after recovering 500 liters of locally made liquor from the truck.

Moinur Rahman  said that Rabiul used to collect liquor from Rangamati and sell it at wholesale prices in different areas of the city with the help of its  absconding accomplice. The recovered liquor was being brought to the city for sale, he added.
A case was filed under the Narcotics Control Act with the police station in this connection.