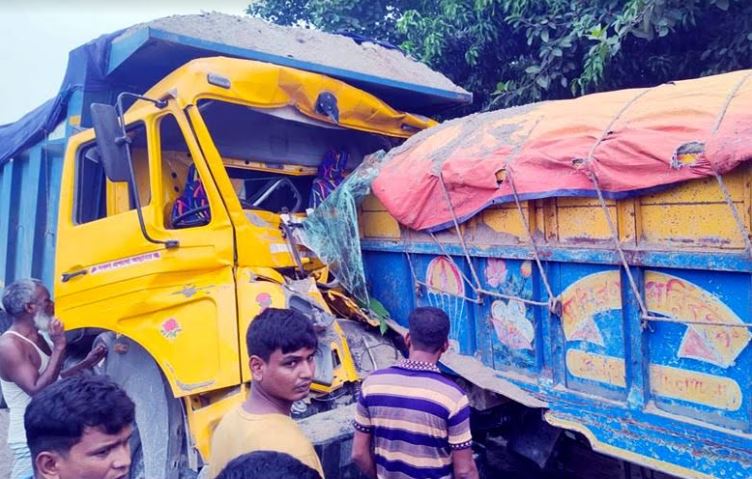 RANGPUR, Sept 23, 2022 (BSS) – Helper of a sand-laden truck was killed and its driver injured in a road accident at Hasna Bazar point on the Rangpur-Dinajpur highway under Hajirhat police station of the city today.

"The helper of the truck was killed on the spot and its driver injured when the truck hit another sand-laden truck from behind around 7:30 am," Officer-in-Charge (OC) of Hajirhat Police Station Rajeev Basunia said.

On receiving the information, personnel from Rangpur Fire Service and Civil Defense Station and police went to the spot, recovered the body and rescued the injured driver and sent him to Rangpur Medical College Hospital.

“The deceased was identified as Alamgir Hossain, 25, a resident of Modern Mour area of Rangpur city,” the OC said, adding that injured truck driver Jalal Mian of Rajshahi district is undergoing treatment at the hospital.

A case has been filed in this connection.