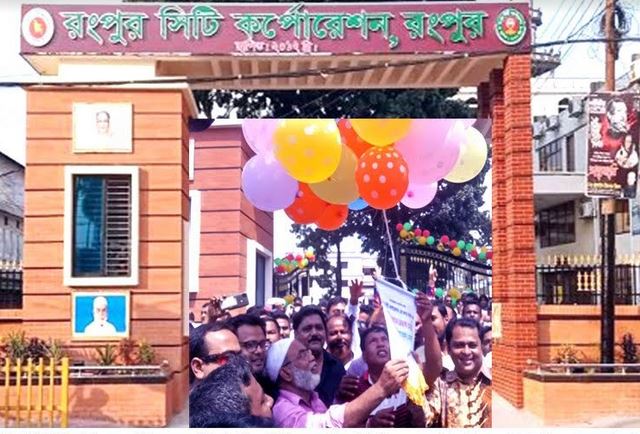 Mayor of Rangpur Md. Mostafizar Rahman Mostafa formally inaugurated the
newly built gate with an eye-catching look by releasing balloons in a
ceremony organized at the gate premises as the chief guest.

Construction work of the Main Gate was implemented under the supervision of
Doric Developers Limited with the own funding of Rangpur City Corporation.