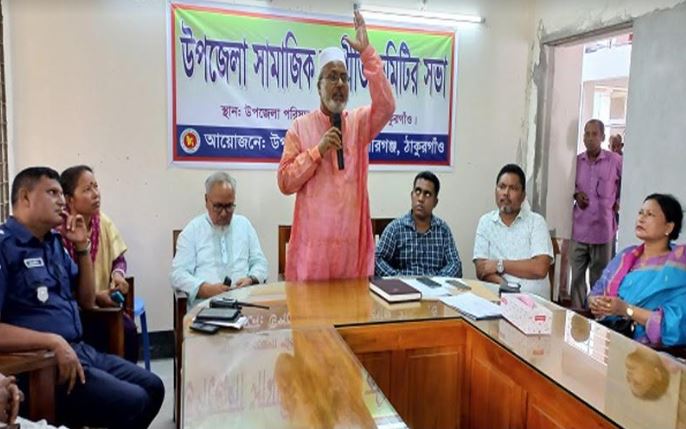 RANGPUR, Sept 21, 2022 (BSS) - Speakers at a meeting at Pirganj upazila
in Thakurgaon today called for ensuring social harmony to further accelerate
the pace of national development.

They specially stressed on making youths aware of severe consequences of
drug abuse, terrorism and militancy and properly guiding them to become
patriotic citizens to serve the nation in the future.

The chief guest called for launching an effective social movement
against drug abuse, militancy and terrorism for ensuring sustainable peace in
the society to further accelerate national progress on the way to build a
developed Bangladesh by 2041 next.