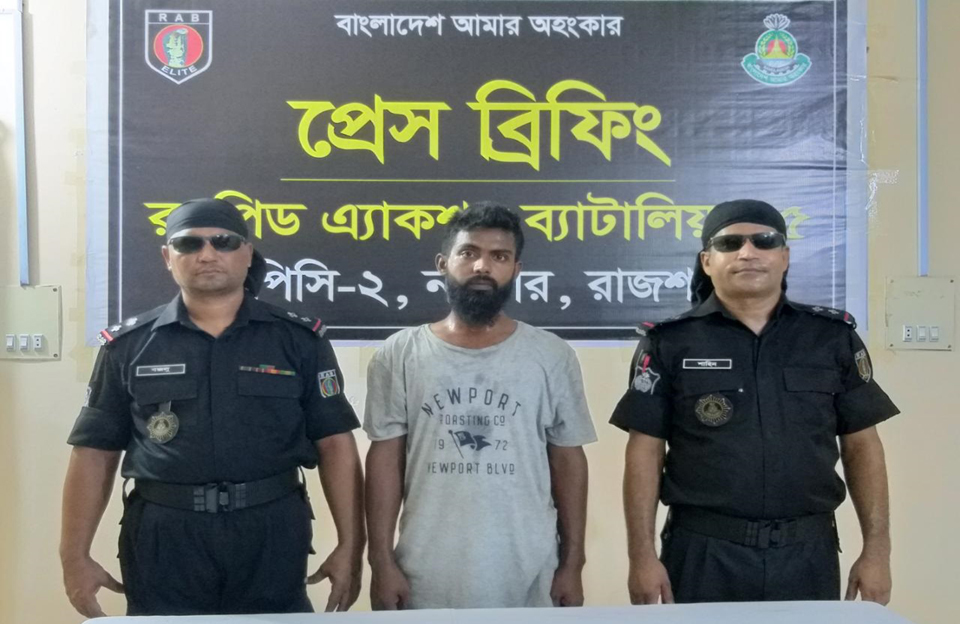 The arrested was identified as Rakibul Hassan, 27, son of Abu Sayeed Sheikh of Titia village under Lalpur Upazila in the same district, RAB sources said this morning.

RAB sources said, on information, a team of the elite force conducted a raid on a road adjacent to the Chilan Government Primary School under the same upazila and nabbed him with the contraband drugs around 9.30 pm. They also seized a motorbike from his possession.

A case was recorded with Lalpur Police Station in this connection.