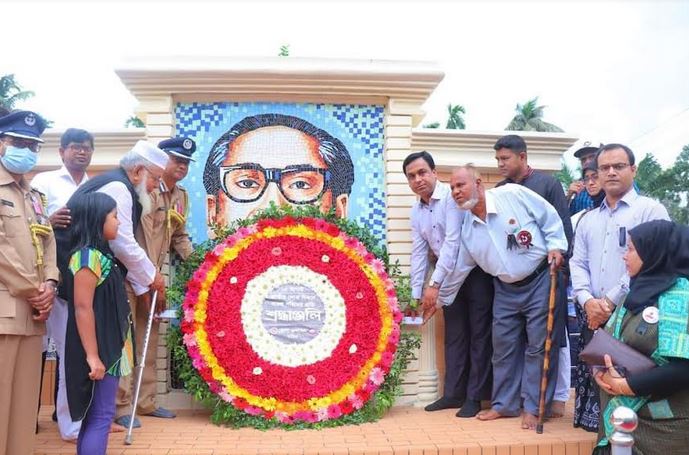 NATORE, Aug 15, 2022 (BSS) - The National Mourning Day and 47th martyrdom anniversary of Father of the Nation Bangabandhu Sheikh Mujibur Rahman was observed in the district today with due respect.

Marking the day, floral wreaths were placed on the portrait of Bangabandhu with deep respect on the premises of the district collectorate building  around 9.30am.

Deputy Commissioner (DC) Shamim Ahmed, Superintendent of Police Liton Kumar Saha and government department officials and public representatives placed  floral  wreaths on the portrait of Bangabandhu with deep respect on the premises of the district collectorate building  around 9.30am.

Later, a discussion was held on the life of Bangabandhu Sheikh Mujibur Rahman, Member of Parliament Ratna Ahmed addressed the function as the chief guest, held at Anima Chowdhury auditorium in the district   with Deputy Commissioner (DC) Shamim Ahmed in the chair.

Awami League and its allied organizations, leaders of other political parties, social organizations and officials of various public and private institutions, among others, were present.

The party leaders and workers laid wreaths at the portrait of Bangabandhu at the residence of lawmaker  Md. Shafiqul Islam Shimul.

Marking the day, District Awami League and its front organisations observed the day through different programmes .