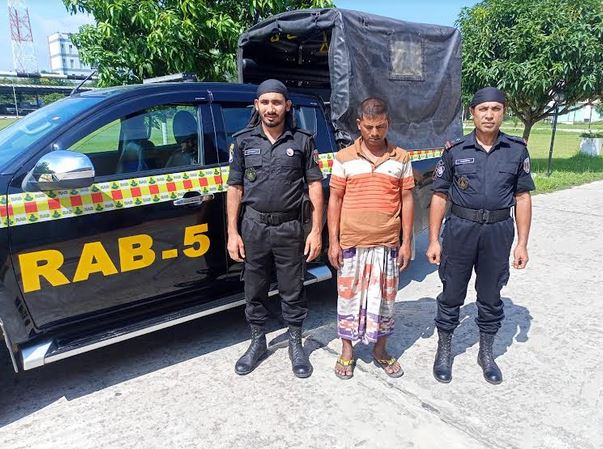 RAJSHAHI, August 13, 2022 (BSS) - Members of Rapid Action Battalion (RAB) in
an anti-crime drive arrested an alleged drug peddler with 4.4 kilograms of
heroin from a village in Chapainawabganj district this afternoon.

RAB sources here said the arrested was identified as Ziarul Islam, 35, son of
late Abdur Rahman of Char Kodalkati village under Sadar upazila of the
district.

On a tip-off, a team of the elite force conducted a raid in his house at
around 3.30 pm and arrested Ziarul with the huge contraband heroin red-
handed, the RAB sources added.

The arrested person along with the seized goods was handed over to the
police.

A case was recorded with Chapainawabganj Sadar Police Station in this
connection.