6 get life-term jail in two separate cases in Kushtia 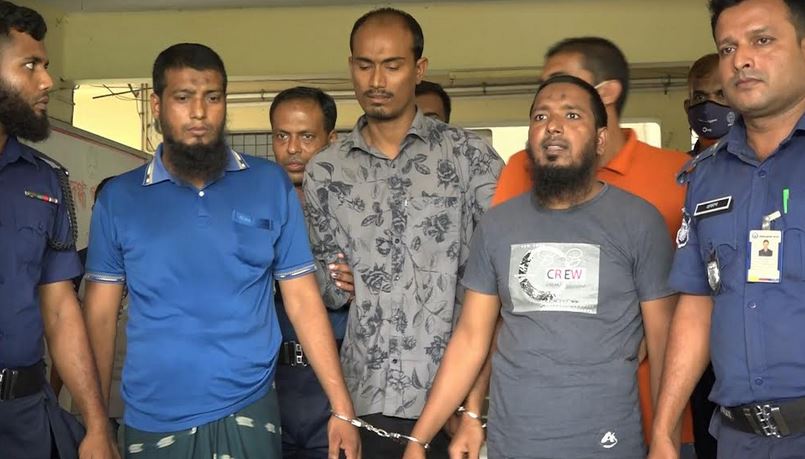 Azizul, Shijuddin and Siful Islam Khan are the residents at Khajanar village
while Joynal Sarker is an inhabitant in Koburhat area in Sadar Upazila.

According to the prosecution, on May 20 in 2016 the convicts hacked
homeopathic doctor Sanaur Rahman, 57, and his associate Md Sifuzzaman in
Bottoil area. They were taken to Kushtia General Hospital where the duty
doctor declared Sanaur dead.

The charge sheet in its observation said people influenced by Islamic
extremists might attack them. Md Sifuzzaman is a teacher of Kushtia Islamic
University.

Besides, Judge Ashraful Islam of Special Court in Kushtia sentenced Sifat
Biswas, 50, and Washim Ali, 37, to life term imprisonment for murdering a man
named Riazul, 55, over listening songs at Baradi village in Kumarkhali
Upazila in 2017.

According to the prosecution, on April 23 in 2017 the convicts stabbed Riazul
to death at the village at day light. Following the murder Riazul's son filed
a case with Kumarkhali Thana accusing nine people. Police pressed the charge
sheet on September 10 in the year, said advocate Rafiqul Islam.