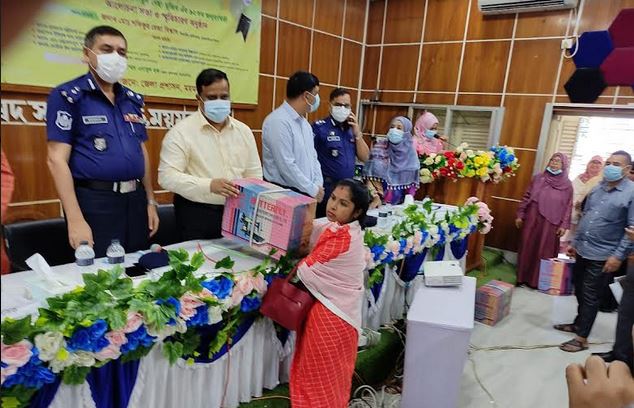 On this occasion, a discussion on the life and works of Bangamata Begum Fazilatunnesa, was held at Language Martyred Abdul Jabber Auditorium with Deputy Commissioner (DC) Md. Enamul Haque in the chair.

The speakers discussed elaborately on various aspects of the life, works and contributions of Bangamata and urged all to follow her ideals for the welfare of the country as well as for the women community.

They also said, Bangamata inspired Father of the Nation Bangabandhu Sheikh Mujibur Rahman in all democratic movements, Liberation War,  six points demand, non cooperation movement and her unique role in order to rehabilate the oppressed women and welfare of the distressed women.

After the discussion, 35 sewing machines were handed over to the selected distressed women. A documentary film was screening on the occasion at the same venue.

Marking the Day, District Awami League organised a special doa mahfil at 10 am at the town hall premises. Besides, district Chhatra League placed floral wreath at the portrait of Bangamata Begum Fazilatunnesa Mujib at the Town Hall premises marking the Day.