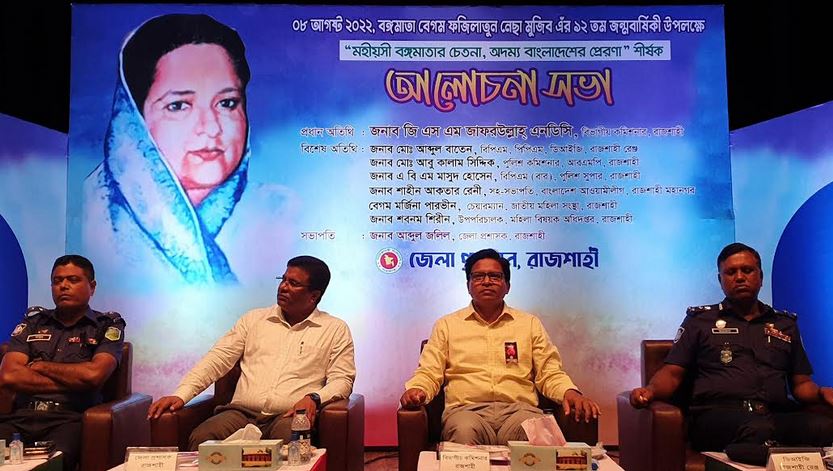 To mark the day, leaders and workers of the city unit of the ruling party held a discussion meeting at its office highlighting the life and works of Bangamata Sheikh Fazilatunnesa Mujib paying glowing tributes to her.

They also placed floral wreaths on the portrait of Bangamata Fazilatunnesa Mujib in front of the party office.

Speaking on the occasion, Muhammad Ali Kamal said Fazilatunnesa Mujib was not only the wife of Father of the Nation but also one of the pioneers of the Bangalee's struggle for freedom.

He said Bangamata had also played a significant role from behind the scene in Bangabandhu's historic 7th March speech.

With her inspiration, the unwritten speech Bangabandhu had delivered emitting from his heart was the call for independence, he added.

They also held a discussion meeting at the conference hall on the occasion.

Addressing the meeting, Prof Golam Sabbir recalled that during the Liberation War in 1971, Bangamata had faced the situation with patience, courage and wisdom when her husband remained imprisoned in Pakistan.

After the independence, Bangamata devoted herself to rebuilding the war-ravaged country.

She stood beside the violated, repressed and self-sacrificing women and sisters by ensuring their treatment, sympathizing and extending cooperation to them and took initiative to make them socially established, he added.