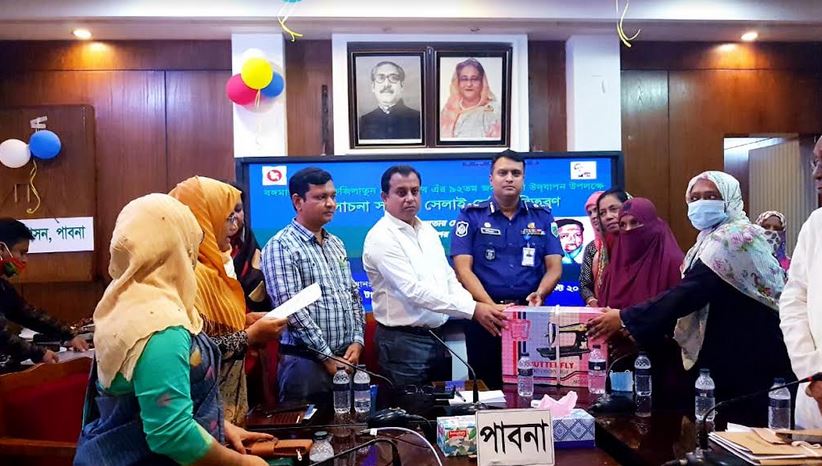 PABNA, Aug 8, 2022 (BSS) - The 92nd birth anniversary of Bangamata Sheikh
Fazilatunnesa Mujib, wife of Father of the Nation Bangabandhu Sheikh Mujibur
Rahman, was celebrated today in the district with due respect and befitting
manner.

On the occasion of birth anniversary, a total of 65 sewing machines were
given to destitute women and cash Taka 2000 each to 30 destitute women in the
district. Deputy Commissioner (DC) Biswas Russell Hossain handed over the
sewing machine and cash Taka to the beneficiaries. The district
administration organized a discussion in observance of the 92nd birth
anniversary of Bangamata at the conference room of the Deputy Commissioner.