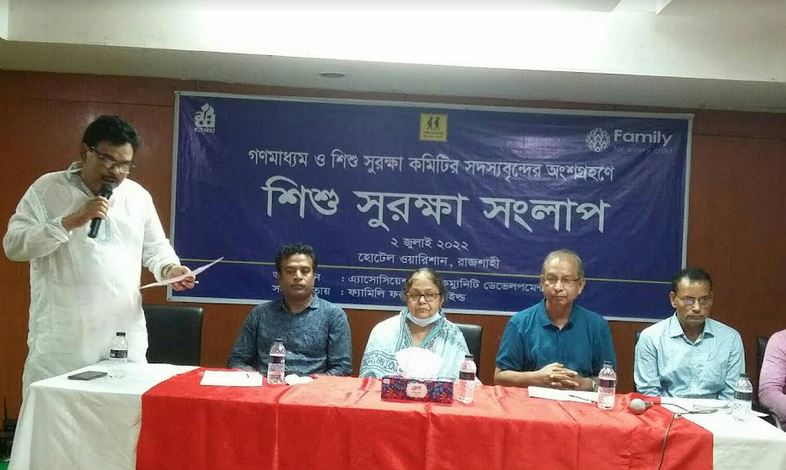 RAJSHAHI, July 2, 2022 (BSS)- United efforts of all government, non-government and voluntary organizations can be the crucial means of protecting children from all sorts of violence and repression.
Utmost emphasis should be given on ensuring fundamental rights to the children for their physical and mental development as the today’s children are the future of the country.

Association for Community Development (ACD), a rights-based organization, hosted the dialogue supported by Family for Every Child held at Hotel Warisan in the city.

ACD Project Coordinator Subrata Kumar Paul presented a concept paper on the issue putting forward a set of recommendations on how to flourish latent talents of the children through ensuring congenial atmosphere.

He said the present government under the dynamic and visionary leadership of Prime Minister Sheikh Hasina has been implementing diversified programmes to protect children.

All the government and non-government organizations concerned should come forward and work together with a positive mind-set for the well-being of the children, he added.