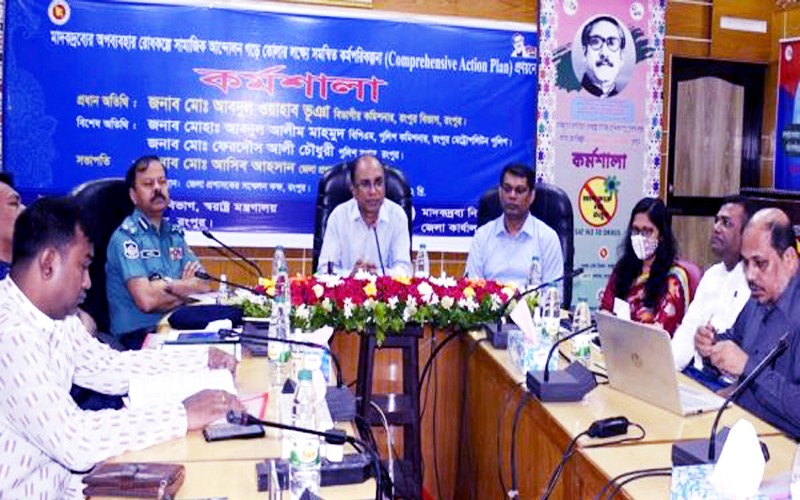 The opinion came at a workshop on 'Preparing a comprehensive action plan through creating a social revolution to resist drug abuse' held at the conference room of the Deputy Commissioner here on Thursday afternoon.

The Department of Narcotics Control (DNC) and District Administration jointly organized the event aiming at discussing and working out suggestions, ways and means for a comprehensive action plan to create a social resistance against drug abuse.

The speakers expressed concern over the drug abuse situation and urged all local government institutions, public and private bodies to come forward and work together to resist drug abuse.

They said the government has taken a zero tolerance stand against drug abuse and time has come to protect young generations from the clutches of drug addiction that also lead them towards committing social crimes.

"The ongoing movement against drugs should be turned into a social revolution with complete support of communities and influential social leaders for freeing the society from abuse of drugs, its illicit trafficking and trade.