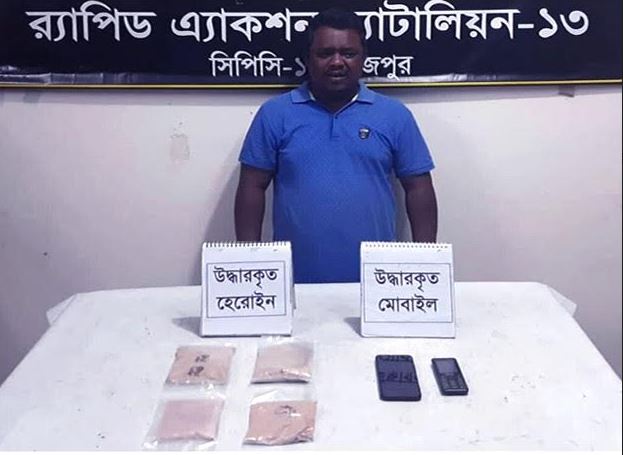 Earlier, the elite force received secret information that heroin is being smuggled through a courier service in a special way using a cartoon packed with mango from the area.

"Accordingly, an operational team of RAB-13 from Rangpur conducted a raid and arrested the man with heroin from the spot," said a press release issued today by Senior Assistant Director (Media) of RAB-13 Flight Lieutenant Mahmud Bashir Ahmed.

During the operation, the elite force seized the contraband heroin packed in four mini polythene packs and two mobile phone sets from the possession of the detainee.

During interrogation, the detainee admitted about his involvement in drug trading for a long time.

"After filing a case against the arrested person in this connection, the elite force handed him over to Kotwali thana police in Dinajpur," the release said, adding that investigation is going on to nab other members of the drug trading gang.