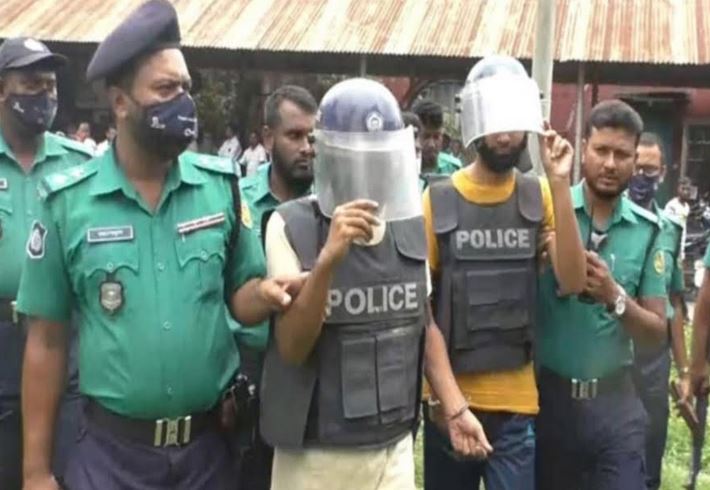 The court also fined them Taka one lakh each, in default; they will be
suffered more six years RI.

Judge of Additional Metropolitan and Sessions Judge Court SM Ashiqur Rahman
handed down the verdict in presence of the two accused.

The accused are Nur Mohammad Anik, son of village Morabari under Gheor
upazila in Manikganj and Mozahedul Islam, son of Rezaul Karim, of village
Ghashurduar under Shibganj upazila in Bagura.

Court sources said on information police went an operation to a three-storied
building namely 'Hasna Hena' at Old Gallyamari Road under Sonadanga Police
Station in the city on January 25 in 2020.

Some members of JMB were planning to create anti-government activities with
explosives materials at a north side room of the ground floor of the
building.

Sensing the presence of law enforcers, some JMB men tried to escape while
policemen caught two of them red handed.