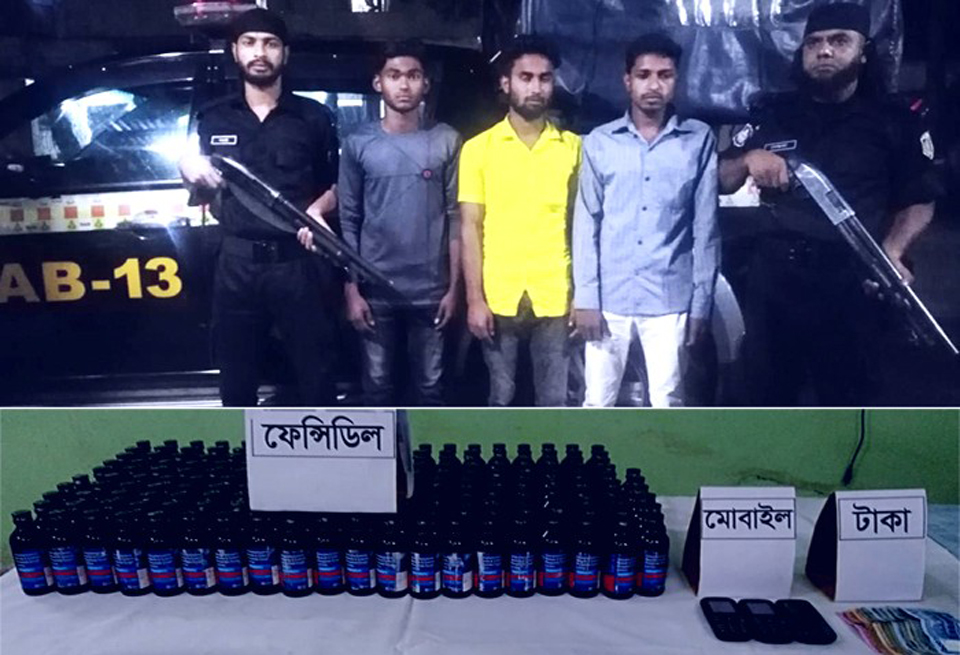 "On a tip off, an operational team of the Crime Prevention Specialized Company (CPSC) of RAB-13 conducted a raid there and arrested them with phensedyl at 3:40 pm," said a press release issued today by Senior Assistant Director (Media) of RAB-13 Flight Lieutenant Mahmud Bashir Ahmed.

The arrested persons were identified as Al-Amin Islam, 23, of village Dakshin Jawrani in Hatibandha upazila and Jewel Hossain, 25, of village Cholbola and Masud Rana, 18, of village Khamar Tanti in Kaliganj upazila of Lalmonirhat district.

During primary interrogation, the arrested persons admitted that they had been involved in trading drugs with their other cohorts for a long time.

After filing a case in this connection against the arrested persons, the elite force handed them over to Dimla police station in Nilphamari district.

"Further investigation continues secretly to nab other absconding associates and their godfathers of the arrested persons," the release added.