5,000 children to get nutrition support in Rajshahi city 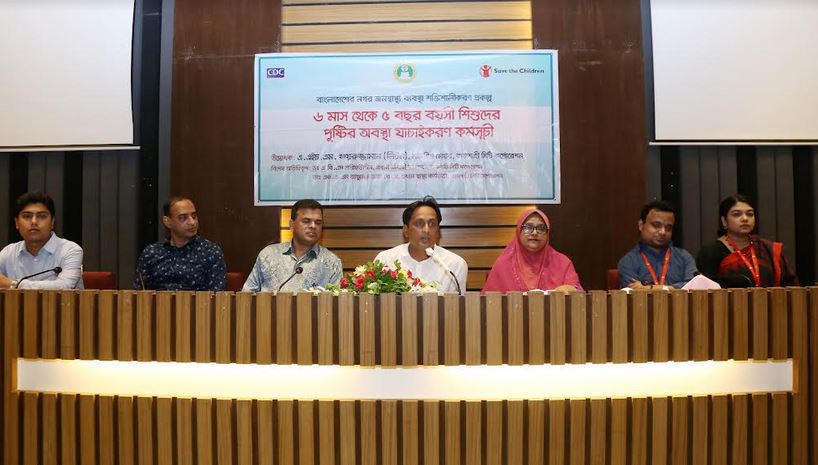 RAJSHAHI, May 19, 2022 (BSS) - Around 5,000 children aged between six months
to five years in the city will be brought under nutrition support aimed at
boosting their physical and mental development.

Rajshahi City Corporation (RCC) will extend the support in association with
Bangladesh's Urban Public Health Strengthening Project supported by United
States Centre for Disease Control and Prevention (USCDC) and the Save the
Children Bangladesh.

The RCC launched the 52-day programme of assessing malnutrition and
distribution of micro-nutrition powder among the children at a meeting held
at its city bhaban conference hall today.

Under the programme, various works, including assessing proper weight and
height of children, supplementary food, age-wise food intake, distribution of
food packets among the children suffering from malnutrition and creating
public awareness, will be conducted.