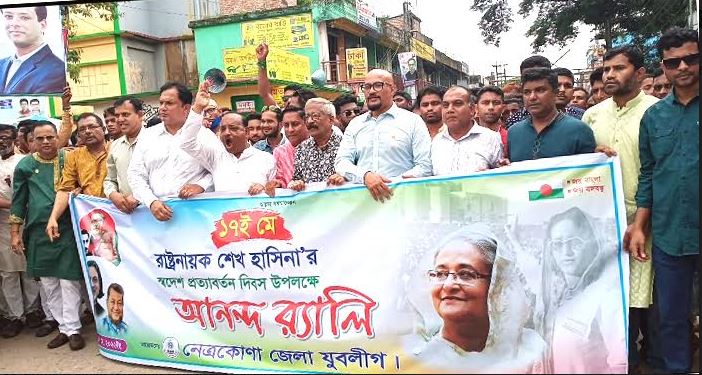 NETRAKONA, May 17, 2022 (BSS) - The 42nd Homecoming Day of Awami League President and Prime Minister Sheikh Hasina was celebrated in the district today.

As part of the programmes, a series of jubilant processions were brought out in the district town under the auspices of Awami League (AL) and its front organizations including Awami Jubo League.

A large number of workers and leaders of the AL and its front organizations and local people of all walks of life joined the processions which paraded the main roads of the town and ended at Netrakona central Shaheed Minar premises.

Later, a series of discussion meetings were held at the central Shaheed Minar premises by AL and its front organizations including Awami Jubo League.

The speakers said the homecoming of Sheikh Hasina on May 17 in 1981 was not only the return of Bangabandhu's daughter but also the return of democracy and the spirit of the liberation.