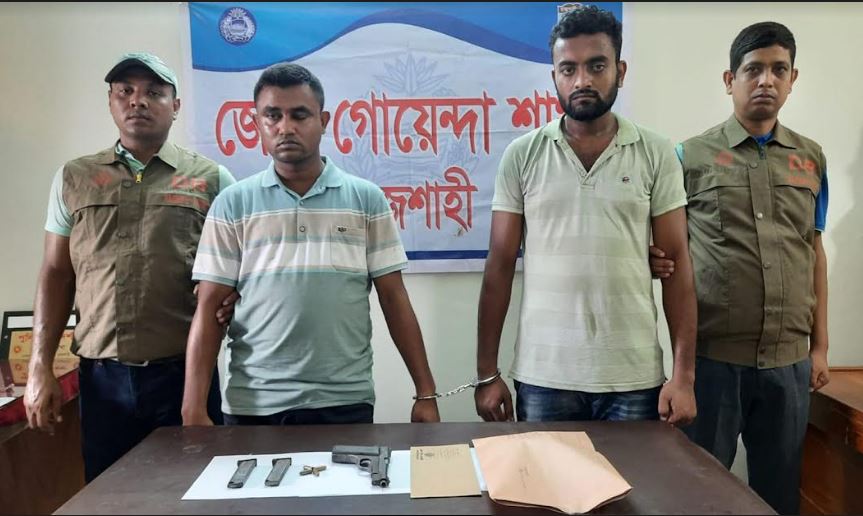 On a tip-off, a district police team detained Kamal and Sabbir, witnessing their suspicious movement at Baneswar area under Puthiya upazila and recovered 400 grams of heroin, a pistol, two magazines and four rounds of bullets from their possessions around 11.20 pm.

Detective Branch of Rajshahi Metropolitan Police arrested Ahaduzzaman and Nurul Islam with 1000 yaba pills after conducting a raid at Upashahar area under Boalia Police Station in the city around 9.30 pm.

Two separate cases were recorded with the police stations concerned in these connections.