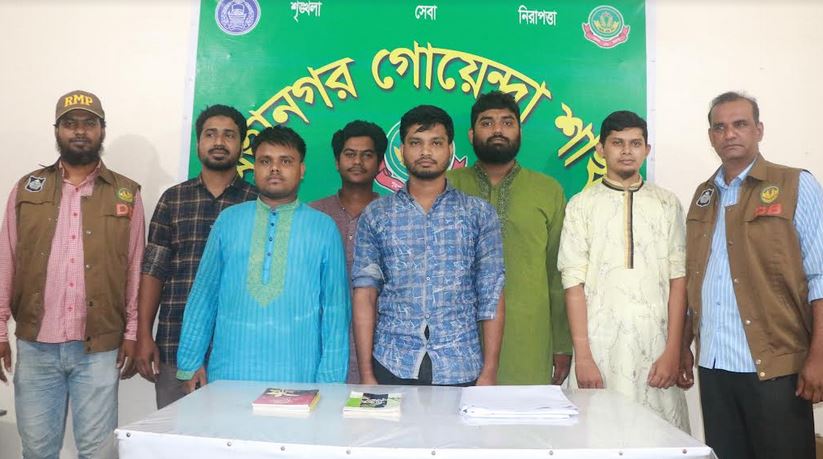 RAJSHAHI, May 14, 2022 (BSS) - Police detained six Jamaat-Shibir activists on charge of their planning to commit subversive activities and conspiracies against the government in the outskirts of the city last night.

Arefin Jewel, Deputy Commissioner of the Detective Branch (DB) of the Rajshahi Metropolitan Police (RMP), said the detained people were holding a secret meeting with an ulterior motive to hatch anti-government conspiracies besides conducting subversive activities.

Acting on a tip-off, a DB police team conducted a sudden raid at Shishapara Government Primary School playground under Kornohar Police Station around 9.15 pm and arrested them red-handed.

A case was registered with Kornohar Police Station in this connection, the police officer added.