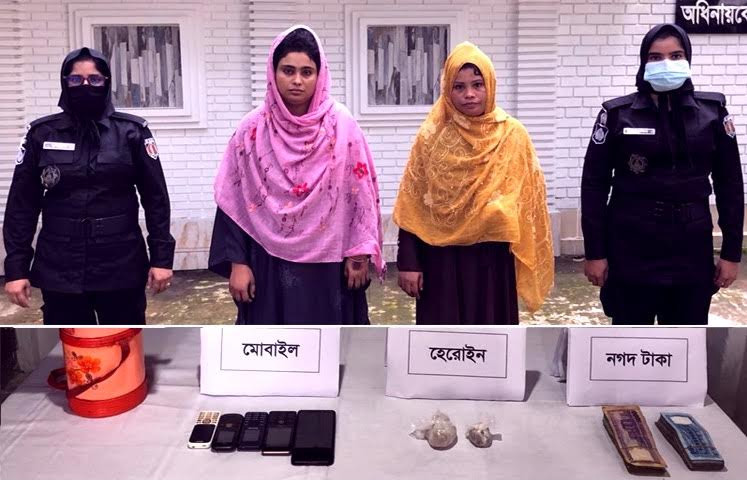 On a tip off, an operational team of RAB-13 conducted a sudden raid there
and arrested the drug traders from the spot, said an official release here.

During the raid, the elite force seized 47 grams of heroin, five mobile
phone sets and cash money earned through selling the narcotic from them.

The arrestees were identified as Most Runa Begum, 24, of Rangpur and Most
Jasmine Akhter, 27, of Gaibandha districts.

During primary interrogation, they admitted their involvement in drug
trading in connivance with their other cohorts.

"After filing a case in this connection against the arrestees, the elite
force handed over them to Kotwali police station of Rangpur Metropolitan
Police on Sunday," the release added.