Man sentenced to death for killing girl after rape in Narayanganj 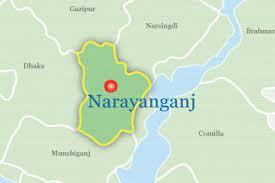 Women and Children Repression Prevention Tribunal Judge Nazmul Haq Shaymal pronounced the verdict this afternoon in absence of the convict Md Nazimuddin as he is absconding.

The other two accused in the case, Elias and Shah Alam, were acquitted, said Asaduzzaman, the inspector of the court.

According to the case documents, on January 13, 2006, the 10-year-old victim went missing on her way to a tailor shop in Rupganj upazila. The next day, her body was found in a bamboo shed in the area.

Later, her mother filed a case with Rupganj Police Station under the Women and Children Repression Prevention Act.

Police submitted a charge-sheet to the court accusing three people.
After examining the record and witnesses, the court sentenced one of the accused to death sentence and acquitted two others, said Asaduzzaman, the inspector of the court.