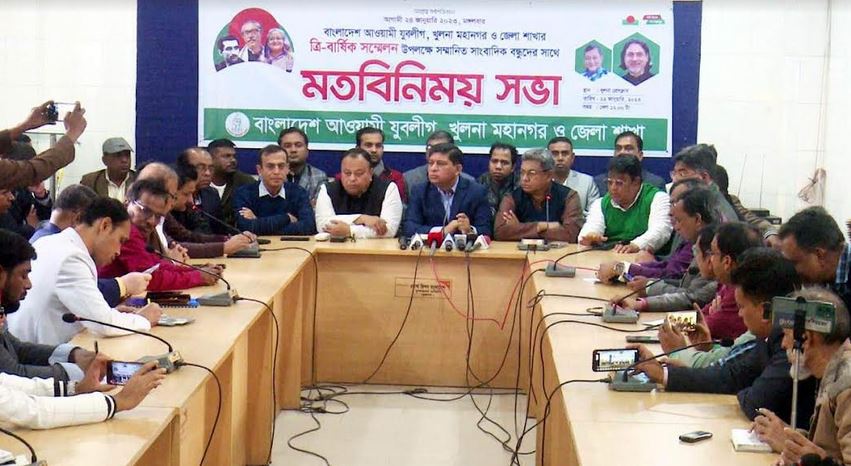 Earlier, the Central Juba League announced January 24 for the conference of its Khulna City and District units.

The 101-member convening committee of the City Juba League was formed on January 6, 2018 with Shafiqur Rahman Palash and Shahajalal Sujon as its Convener and Joint Convener respectively.

Meanwhile, the convening committee of District Jubo League was formed on May 25, 2003with Kamruzzaman Jamal and Akteruzzaman Babu as its president and general secretary respectively.

Chairman of Bangladesh Awami Jubo League Sheikh Fazle Shams Parosh is expected to inaugurate the conference while Sheikh Helal Uddin, MP, nephew of the Father of the Nation Bangabandhu Sheikh Mujibur Rahman, will attend the conference as chief guest and Mainul Hossain khan Nikhil, general secretary of the party will present as key speaker.

According to the Central Juba League sources, the leaders interested in becoming the President-General Secretary for the Khulna District and City unit last year were asked to submit their CV at the Juba League's central office at Bangabandhu Avenue, applications were received over 50 candidates for the post of District and Nagar Juba League president and general secretary. The officials have completed the verification and selection of these applications through various intelligence agencies.