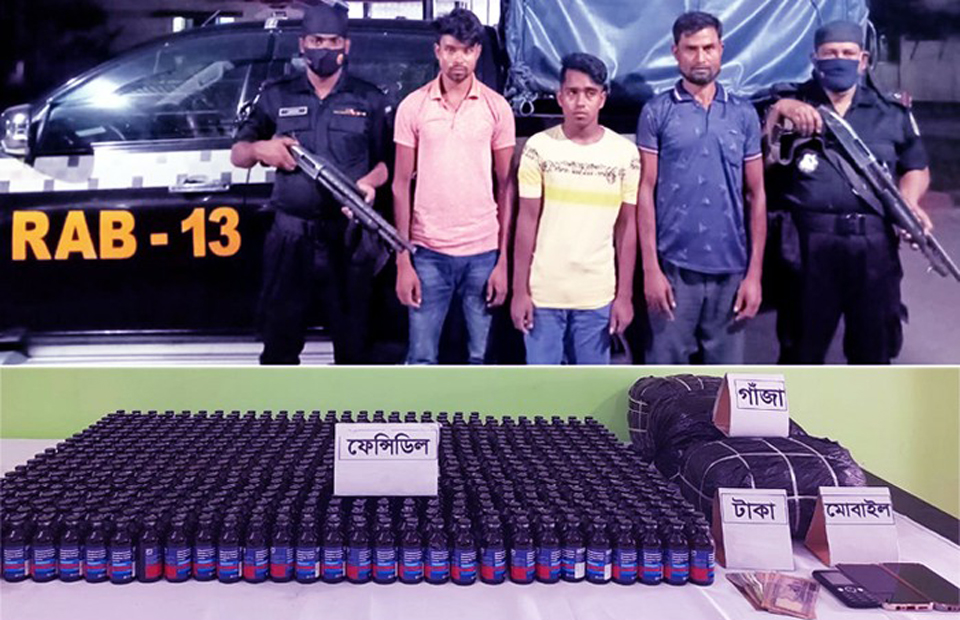 "On a tip off, an operational team of the Crime Prevention Specialized
Company (CPSC) of RAB-13 conducted a raid, seized the contraband drugs, a
truck, three mobile phone sets and cash money and arrested them from the
spot," said a press release.

During preliminary interrogation, the detainees admitted that they had been
involved in drug trading in connivance with their other associates for a long
time.

"After filing a case in this connection, the elite force handed over the
arrested persons to Gangachara police station on Wednesday night," the
release added.