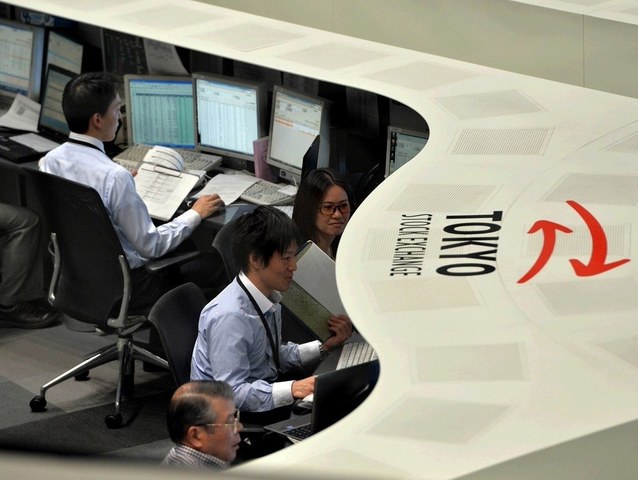 investors cheered by the prospect of possible new economic stimulus under a
future Japanese prime minister after the incumbent said he won't seek re-
election.

Trade is "led by purchases on continued expectations that a new government
will launch economic stimulus," Mizuho Securities said in a note, after Prime
Minister Yoshihide Suga said last week he will not run for his ruling party's
leadership, effectively ending his tenure.

"After gains in early trade, the Tokyo market may lose a sense of
direction after six straight days of rallies," SBI Securities said in a note.

The dollar fetched 109.80 yen in early Asian trade against 109.84 yen in
late London hours on Monday.

In Tokyo, some tech stocks were higher, with chip-making equipment
manufacturer Tokyo Electron trading up 2.43 percent at 50,180 yen and chip-
testing equipment maker Advantest up 0.77 percent at 10,480 yen.

Shares in three firms that will be added to the Nikkei from next month
were all stronger.

Japan's household spending in July was up 0.7 percent year-on-year, after
a 4.3 percent dip in June, according to data released by the internal affairs
ministry before the opening bell.

The data did not prompt strong market reaction.