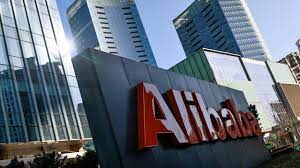 BEIJING, Sept 3, 2021 (BSS/AFP) - Shares in Alibaba slumped Friday upon the Chinese e-commerce giant's announcement it would invest 100 billion yuan ($15.5 billion) in charitable causes, after President Xi Jinping called for the rich to do more to tackle inequality.

Xi last month urged China's wealthiest companies and entrepreneurs to strengthen philanthropy efforts and "give back to society", in order to redistribute wealth as part of his "common prosperity" initiative.

In response Alibaba -- which has already fallen foul of Beijing's sharp scrutiny this year -- said it would put money into areas including tech innovation, small and medium-sized businesses, the welfare of gig-economy workers and healthcare equality.

Daniel Zhang, Alibaba chairman, said the group was "eager to do our part to support the realisation of common prosperity".

Shares in Alibaba slumped as much as 4 percent on the news in Hong Kong trading on Friday, as traders worried about the potential impact on the company's bottom line.

"The donation doesn't guarantee that there will not be more regulations to target at Alibaba," Castor Pang, head of research at Core Pacific Yamaichi International H.K. Ltd, told Bloomberg News.

Chinese authorities have enforced a sweeping regulatory crackdown on the nation's tech sector after years of runaway growth. Alibaba was fined a record $2.75 billion in April and a bumper IPO of its fintech arm was scrapped at the last minute.

The crackdown has also widened to include online gaming, entertainment and education tech in recent months.

Many major tech firms have faced scrutiny over their treatment of gig-economy workers such as ride-hailing and delivery drivers, who often work long hours without protections such as social and medical insurance.

The earmarked 100 billion yuan is the equivalent of 31 percent of Alibaba's current cash balance, according to Bloomberg Intelligence.

Alibaba also said it would establish a 20 billion yuan development fund in its home province of Zhejiang, also the site of China's first "pilot zone" for common prosperity.