T-Aman harvesting in full-swing in Netrakona 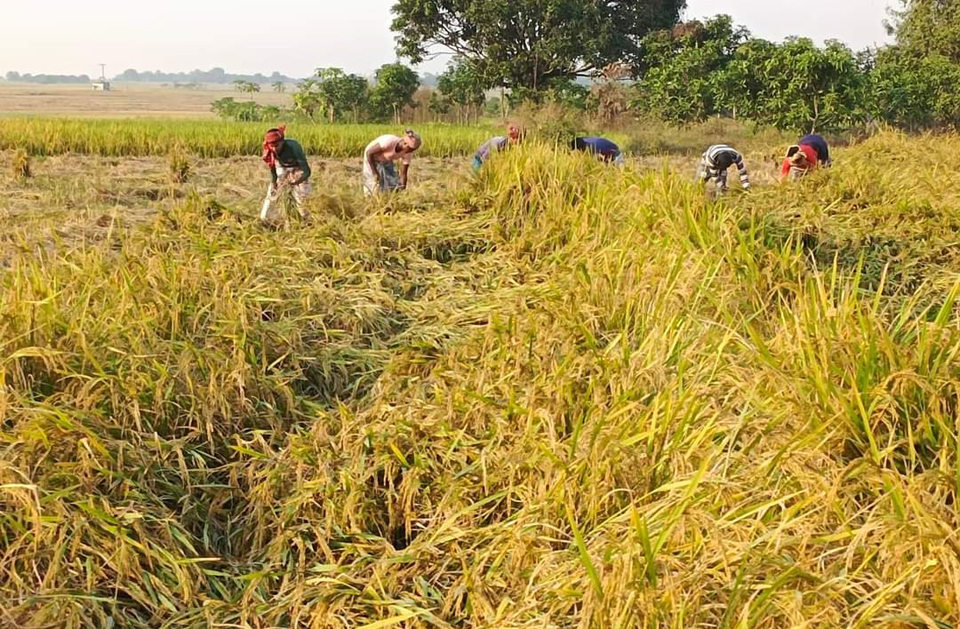 NETRAKONA, Nov 24, 2022 (BSS) - The harvesting of T-Aman rice is going on in full swing in all the ten upazilas of the district, widely known as rice surplus area in the country.

Aman cultivators are now passing busy times with harvesting the paddy in a festive mood.

The farmers and crop specialists of the department of agricultural extension (DAE) here are expecting bumper production as they are getting better output.

DAE office sources said a total of 1, 33,075 hectors of land were brought under T-Aman cultivation in the district this year.

Of the total land, 8,695 hectors of land were brought under hybrid variety of the crop, 1, 11,115 hectors under high yielding variety (HYV) and 13,265 hectors under local variety.

Talking to this BSS correspondent, DAE Deputy Director Mohammad Nuruzzaman informed that bumper production of the T-Aman rice is expected to be achieved by the farmers as they are getting better yield.

The Aman cultivators are getting better production rate as the weather condition remained favorable and the government ensured proper supply of improved quality seeds, fertilizers and other agricultural equipment at the door-steps of the farmers, he said.

Apart from this, the government took an agriculture incentive giving program in the district to assist the small and marginal farmers to run their Aman cultivation program properly without any problem.

The filed-level officials and crops specialists of the DAE extended their field-level service round-the-clock to let the farmers know about the modern methods of Aman cultivation through using latest technologies and reducing production costs, the deputy director added.