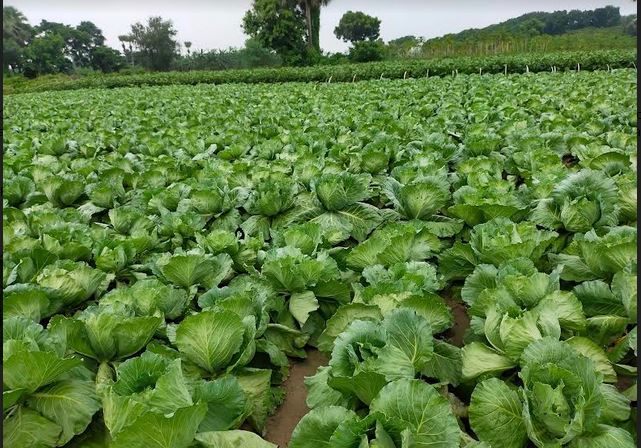 RAJSHAHI, Sept 24, 2022 (BSS) - Farming of summer cabbage has been gaining
popularity as many people are seen cultivating the high-value crop
commercially in the region, including its vast Barind tract, due to its
gradually mounting demands.

The unseasonal vegetable crop is seen selling in both the wholesale and
retail markets with exorbitant prices for over a month inspiring many others
to grow the cash crop.

Azizul Islam, 45, a farmer of Imamganj village under Godagari upazila, has
cultivated the vegetable on around one and half bigha of land with more than
10,500 plants during the current season after getting success on ten kathas
of land in the previous season.

"I have been selling the newly harvested vegetable at Taka 60 per kilogram on
an average for the last two weeks," he said, adding the sale-proceed is many
more compared to the late season of winter.

Entazul Haque, 54, another farmer of Fulbari village, has cultivated the crop
on three bighas of land and has completed selling one bigha. The non-season
vegetable is giving better profit to the growers compared to the winter
season at present.

He said cabbage is mainly a winter vegetable but the farmers have been
cultivating it during the summer season in the region for the last couple of
years to earn more money as the consumer-level demand is gradually mounting.

Muhammad Milon, 45, a farmer of Golai village, has cultivated cabbage on
around 10 bighas of land and has been selling it for the last two weeks.

Demands of the unseasonal vegetable have been increasing gradually due to
rising awareness among the public in general about the importance of food
values as the nutritious foods as well.

Professor Mahbubur Rahman Khan of the Department of Medicine in Rajshahi
Medical College and Hospital opined increasing consumption of plant-based
foods like cabbage decreases the risk of diabetes, obesity and heart
diseases.

Eating adequate fiber promotes regularity, which is crucial for the excretion
of toxins through the bile and stool.

Recent studies have shown that dietary fiber may even play a role in
regulating the immune system and inflammation, consequently decreasing the
risk of inflammation-related conditions such as cardiovascular disease,
diabetes, cancer and obesity.

Sub Assistant Agriculture officer Atanu Saker told BSS that they are
witnessing more interest among the farmers towards summer cauliflower and
cabbage farming in the region.

Currently, around 70 enthusiastic farmers of eight villages are seen
cultivating the high-valued crops on around 350 bigha of land only in
Iswaripur block of Dewpara Union and most of them are delighted over the
farming.

Mozder Hossain, Deputy Director of Department of Agriculture Extension, told
BSS that cauliflower and cabbage are being cultivated on around 20 hectares
of land in the district at present. Godagari, Paba, Puthiya and Durgapur
upazilas are seen dominating in this field.

He said farmers get benefits by farming vegetables. It brings smiles on
marginal farmers and poor people's faces.

On behalf of the 'Integrated Water Resource Management (IWRM)' project, more
than 12.60 lakh community people of 2.66 lakh households are being motivated
and encouraged towards farming of the low-water consuming crops, including
the cabbage like vegetables, to reduce the pressure on underground water.

DASCOH Foundation Has been implementing the project in 1,280 drought-hit
villages of 39 Union Parishads and three municipalities under eight upazilas
in Rajshahi, Naogaon and Chapainawabganj districts supported by Switzerland
since 2015, said Jahangir Alam Khan, coordinator of the project.