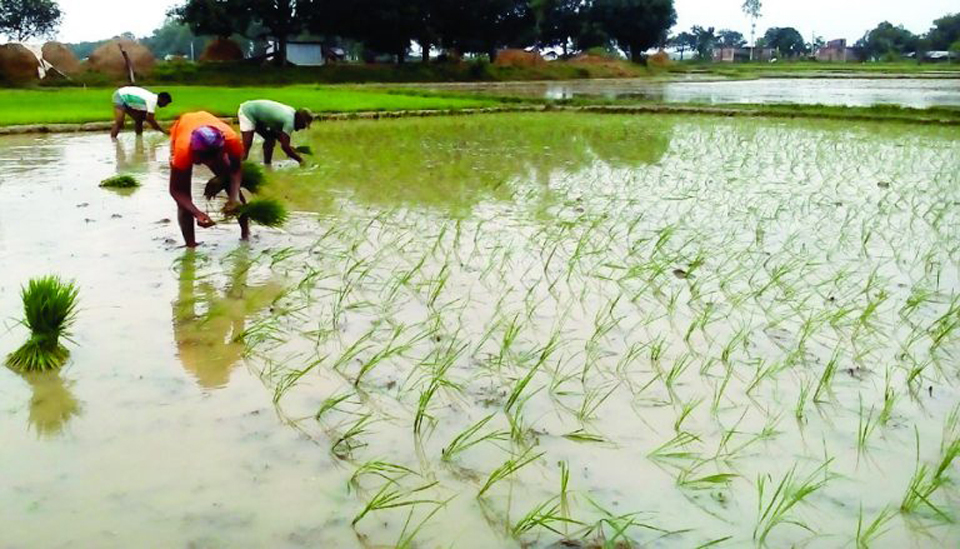 RAJSHAHI, Aug  19, 2022 (BSS) -  The Department of Agriculture Extension (DAE) in  Rajshahi has set a target of producing around 24.60 lakh tonnes of transplanted Aman rice in all eight districts in Rajshahi division, including its vast Barind tract, during the current season.

Shamsul Wadud, Additional Director of DAE, said suitable weather is helping the farmers' nurse transplanted Aman seedlings this season and the fixed target is expected to be achieved.

He said the farmers have prepared seedbeds on 52,072 hectares of land in the division to meet the demands of seedlings.

The enthusiastic farmers are now very busy transplanting T-Aman seedlings everywhere in the division at present.

Dr Fazlul Islam, Principal Scientific Officer of Bangladesh Rice Research Institute (BRRI), said BRRI has, so far, developed 41 Aman varieties including 39 inbreeds which are suitable for cultivation in the country.

“We have released seven drought tolerant varieties including one aromatic for the Barind area,” he said, adding that some of those have gained popularity among farmers during the last couple of years.

He also mentioned that the conventional Parija and Swarna varieties are being replaced by some of the new varieties.

Dr Islam said the appropriate timeframe of the paddy seedlings transplantation is up to August 20, while only the late varieties could be transplanted by end of this month.

"Timely transplantation of Aman paddy seedlings is very important for healthy growth leading to optimum yield in the area," he said.

He said some of the farmers are expecting transplantation of seedlings after harvesting of Aush paddy. "We have some late varieties for them," Dr Islam added.

Farmers have been encouraged to cultivate the latest varieties through various interventions including block demonstration, plots projection and supplying of seed free of cost.

Nurul Islam, 48, a farmer of Puthiya area, has cultivated Aman paddy on five bigha of land saying many of his co-villagers are seen humming towards aman paddy farming as they got good price of boro paddy.

Another farmer Ashraful Islam, 37, of Gollapara village under Tanore Upazila, said he has cultivated Aman paddy on six bighas of land after the best uses of rainfall that saved him from extra cost for irrigation.

“I have taken preparation of bringing six bighas of land under Aman paddy farming. Existing rainfall has become helpful for the farming,” said Tariqul Islam, a farmer of Gollapara village under Tanore Upazila in Rajshahi district.
Zaidur Rahman, a grower of Karnahar village under Paba Upazila, said the farmers hope for a better yield of Aman paddy as the cultivation of Aman paddy requires less cost compared to other crops.

He added that they are not facing any problem in planting T-Aman seedlings as they experience sufficient seasonal rainfall.

Rahman revealed that the varieties like Brridhan71, Brridhan75, Brridhan80, Brridhan87 and Brridhan90 are comparatively high yielding, drought tolerant and short duration than local variety ‘Swarna’ which is prone to various diseases and insects always affect paddy.

In the previous year, farmers harvested around 24.13 lakh tonnes of Transplanted Aman rice from 7.79 lakh hectares of lands in the division.