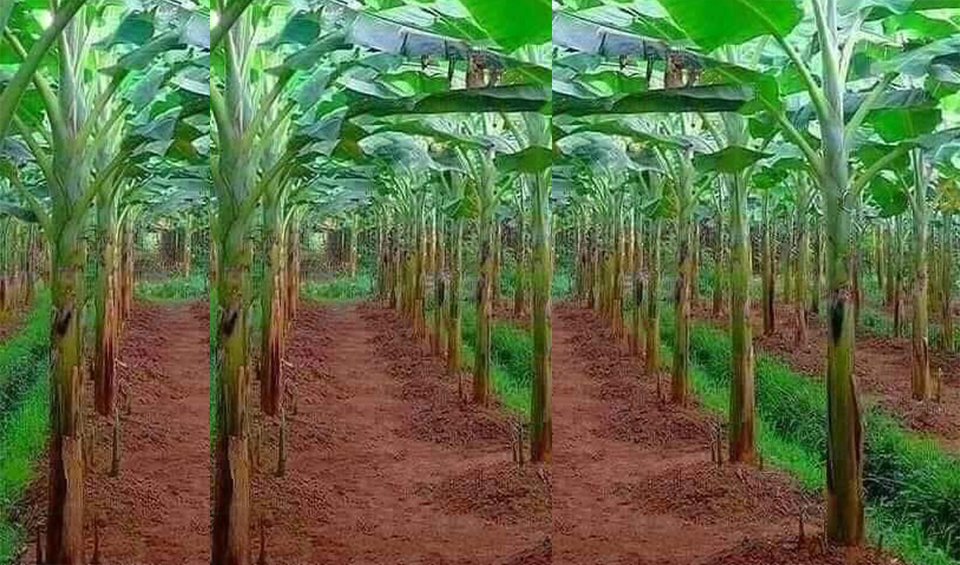 RAJSHAHI, Aug 5, 2022 (BSS) - Commercial farming of banana has been gaining ground in the region including its vast Barind tract with farmers reaping a sound profit from the cropping.

Currently, the banana is being judged as one of the cash crops in the district. Though the farmers were dissatisfied over market price of the crop for the last two consecutive years due to the adverse situation of Covid-19.  They are satisfied this year with the sale proceeds.

Mamun Hossain, a farmer of Tanore upazila, said farmers benefited from banana farming more than any other crop. So, its farming is increasing side by side with other crops.

Farmers cultivate varieties of banana like Anupam, Champa, Meher Sagar and Manik commercially as they can harvest these varieties within a lesser time.

Mijanur Rahman, another banana farmer of Paba upazila, said banana cultivation was more profitable than any other plantation.

Moreover, when the trees are small in size, some other crops can be cultivated on the same land as companion crops. The demand for bananas remained the same all through the year and the price was also satisfactory.

Farmers in Bagmara, Tanore, Mohanpur, Durgapur and Paba upazilas dig ponds in their fields and cultivate bananas in the enclosure of those ponds.

There was no problem in selling bananas because the wholesale traders purchased those from their field.

At present, a huge supply of banana is seen in the markets of Baneswar, Jhalmolia of Puthia upazila, Mollapara and Baya of Paba upazila, Mougacchi and Keshorhat of Mohanpur upazilas. But Puthia upazila was topping the list in cultivating bananas.

Shahain, a banana farmer of Bitarail village under Paba upazila, said this year, the price of bananas is satisfactory.

Agriculturist Shamsul Wadud, additional director of DAE, said banana cultivation is profitable. A good number of farmers in the district show their interest in banana production.

Meanwhile, fruit bagging banana farming has been started here for the first time in order to make the cash crop farming hygienic and profitable.

On a limited scale, Sujammel Haque and some of his fellows of neighbouring Birhasthail village under Paba upazila began banana farming in fruit bagging technology this year commercially.

Dr Shafiqul Islam, principal scientific officer of Fruit Research Station in Rajshahi, said banana is one of the commercially important fruit crops in the region, but the important cash crop is prone to attacks of insect pests and diseases in all stages of development.

He told BSS that bananas are one of the best fruits in Bangladesh. It's tasty, easily accessible and nutritive. Fruit bagging technology is being widely used in commercial banana farming in many countries like the Philippines and Thailand.

He opined that there are enormous scopes of promoting the technology in Rajshahi region and across the country as well. Diversified research activities are being carried out for production of best quality and spotless bananas, he added.