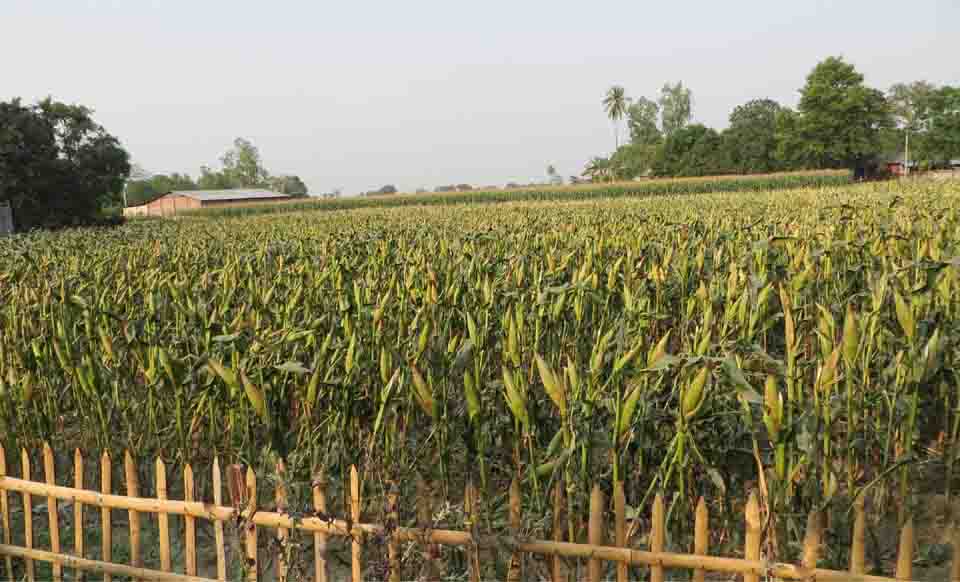 PANCHAGARH, May 14, 2022 (BSS) - The farmers are happy getting fair price and bumper production of maize in the district.

This year, the weather was dry which was conducive for maize harvesting as the farmers has completed its cut off.

The farmers of char areas along the river of Karatoa in sadar upazila and other parts of the district have harvested a bumper production of maize.

The price and demand of maize is high this year, according to the farmers and Department of Agricultural Extension (DAE).

Maize cultivation in the char areas and some other places of the district is on rise as most of the land in this region is sandy where other usual crops do not grow well, sources said.

The farmers of the char areas cultivated maize at low cost and at the same time its selling price is high.

Abbas uddin, a farmer of Debiduba village, said that he cultivated maize on two bighas of land this year and earned over taka 55,000 deducting the cost of production.

Traders from different parts of the country come here to buy maize and they supply maize to different district including Dhaka, Dinajpur and Natore.

The DAE said 14,201 hectares of land had been brought under maize cultivation this year with the production target of one lakh 20 thousand metric tonnes.

The farmers of the district are also showing interest in low-cost maize cultivation as it requires less fertilizer and irrigation, said deputy director of DAE Md Samim.