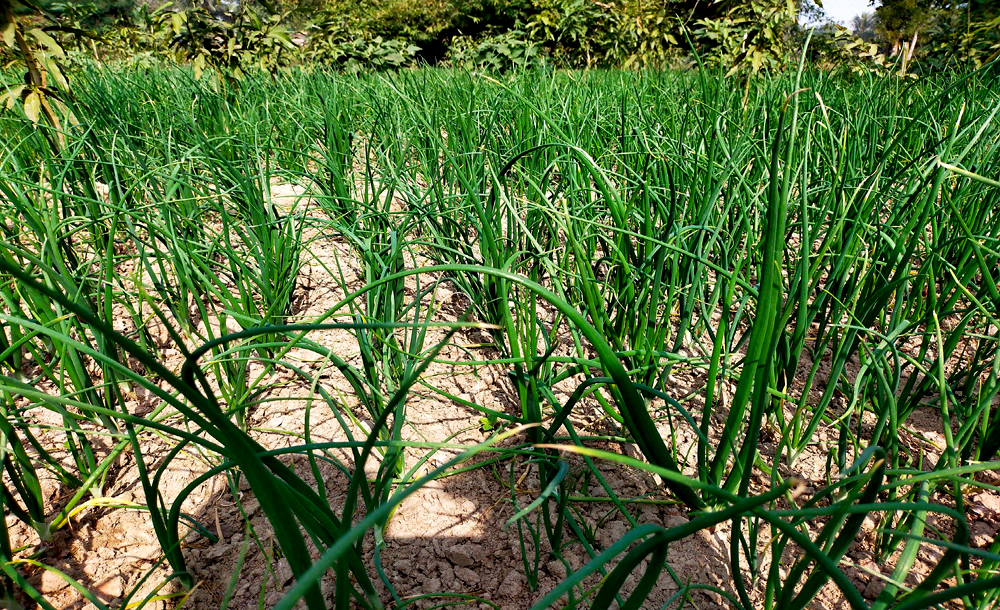 RAJSHAHI, Jan 19, 2022 (BSS) - Around 18.09 lakh tonnes of spice crops are
expected to be yielded from 1.58 lakh hectares of land in all eight districts
under the division during the current Rabi season.

Various agricultural extension and research organizations have taken all
possible measures to attain the target as the demand for the spice crops is
gradually mounting with the rising population.

Presently, the local kitchen markets have become plentiful with the newly
harvested tuber onion, green chili and other winter vegetables.

Farmers are also happy after getting both good yield and market price of
the summer chili everywhere in the region. Around 9,000 farmers were given
seeds and fertilizers worth around Taka 25.12 crore as incentives for onion
farming in the division under the current rabi season's agricultural
incentive programme, said Sirajul Islam, Additional Director of DAE.

Around 21,000 hectares of land were brought under the tuber onion
cultivation in the division this year.

Meanwhile, farming of onion may break all the previous records in the
region including its vast Barind tract as farmers are seen showing interest
in cultivating the spice crops.

DASCOH Foundation has been implementing the IWRM project in 1,280 drought-
hit villages of 39 Union Parishad and three municipalities in eight upazilas
of Rajshahi, Naogaon and Chapainawabganj districts supported by Switzerland
since 2015.

IWRM Project Coordinator Jahangir Alam Khan said promotion of less-water
consuming crops in the Barind area is a good sign for lessening the gradually
mounting pressure on its underground water.

In nature, farmers of the region are habituated to farming various
vegetables including the spice crops.

Sazammul Haque, a farmer of Darusha village under Paba Upazila, said he had
sold onion seedlings at Taka 1,300 to 1,500 per mound in the previous years.

Kamrul Islam, another farmer of Duary village, said he has cultivated
onion seed on five bighas of land at a cost of around Taka three lakh and
hoping of making profit due to rising its price.

Anwar Hossain of Bidirpur village under Godagari Upazila, said he's
cultivating onions for the first time this year. He bought seedlings at a
cost of Taka 2,200 per maund.

Mozdar Hossain, Deputy Director of DAE, said there is a prospect of massive
onion farming this time adding that farming can be spread to more land this
year than last year.