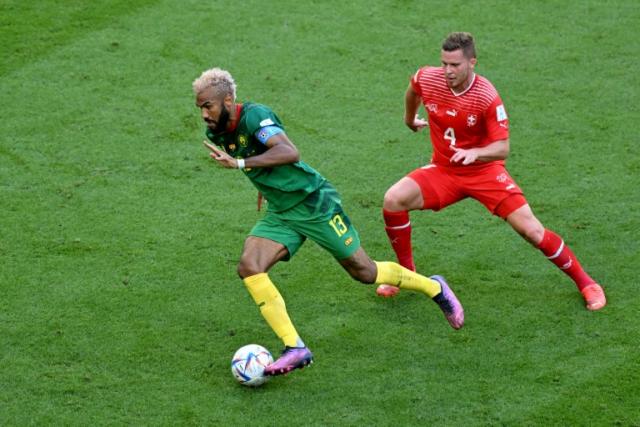 DOHA, Nov 24, 2022 (BSS/AFP) - The sight of Roger Milla on the pitch before Cameroon lost 1-0 to Switzerland on Thursday only underlined the ineffectiveness of the west Africans' attack in their first match of the Qatar World Cup.

Milla is etched into World Cup history for the goals that propelled Cameroon to the quarter-finals of Italia 1990, winning hearts with his smile and joyous hip-wiggling celebration.

Four years later, Milla appeared at the World Cup Finals in 1994 in the United States. Despite being 42, when most players have long since retired, he scored again and his goal against Russia makes him -- still -- the oldest player to ever score in a World Cup Finals.

That was why Milla, now 70, was at the Al Janoub Stadium to receive a special award from FIFA.

In the stands was another Cameroon goalscoring hero of the past, Samuel Eto'o, the former Barcelona star who now heads his country's football federation.

Cameroon's current crop of forwards found goals harder to come by against the well-organised Swiss.

Eric Maxim Choupo-Moting is a journeyman striker whose career has taken him most notably to Schalke in Germany, then Stoke in England, before the glamour of Paris Saint-Germain and now Bayern Munich.

He has scored 11 times for Bayern this season, but his touch deserted him in the desert.

The gangling 33-year-old forward's best dribble of the game left him in an difficult angle and only able to blast the ball at Swiss 'keeper Yann Sommer.

Bryan Mbeumo, a stocky winger who is dwarfed by Choupo-Moting, played for France's under-21 side before switching allegiance to the west Africans.
Mbeumo, a key part of Premier League side Brentford's team, was an energetic handful for the Swiss defenders in the first half.

He had a clear chance, blasting a powerful shot that Sommer could only parry, only for Karl Toko Ekambi to somehow hit the rebound over the bar from close range.

Like Choupo-Moting, Mbeumo was substituted in the second half.
To rub salt into Cameroon's wounds, Swizterland's scorer Breel Embolo was born in Cameroon.