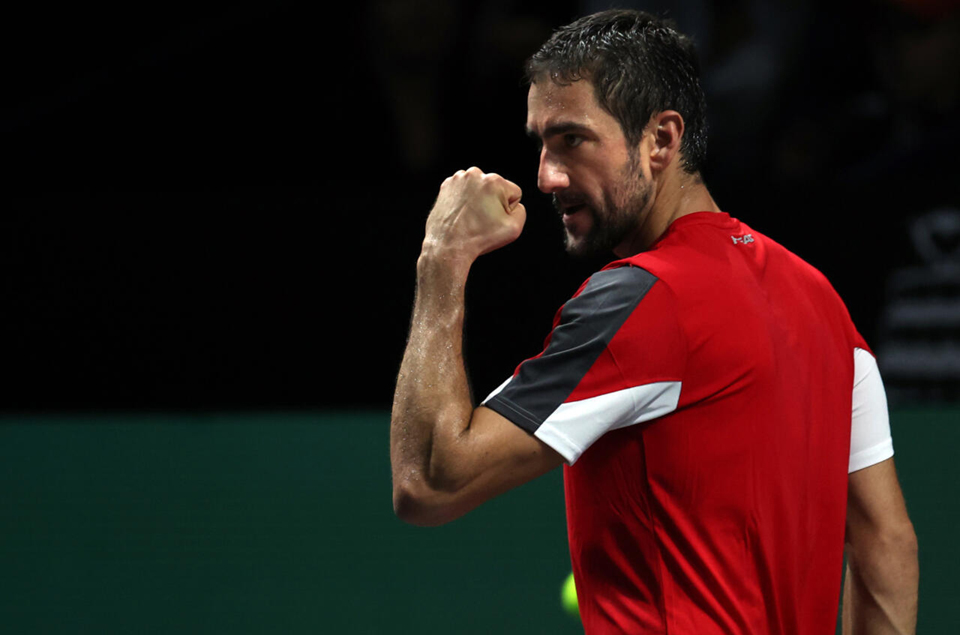 Cilic, 34, who made his Davis Cup debut back in 2006, dropped the first set, gave up a break in the decider and was 1/4 down in the tiebreak before triumphing after three hours and 13 minutes on court.

His 20 aces helped alleviate the damage caused by 15 double faults as the 10,000-strong home crowd at the Palacio de Deportes was stunned into silence by Croatia who were runners-up to Russia in the 2021 final.
"It was incredible battle," said Cilic.

However, he admitted that the absence of US Open champion Alcaraz and 22-time Grand Slam title winner Nadal played into the hands of Croatia who had lost all of their three previous Davis Cup meetings with Spain.

"It would be much different. Rafa has been during all his career a leader of the team. He's one of the best Davis Cup players ever.

"Carlos, fantastic season for him. Such a pity for him to get injured."
Spain captain Sergi Bruguera lamented his team's exit.

Coric, the world number 26, fired 14 aces past his 21st-ranked rival who he had already defeated on his way to the Cincinnati Masters title in the summer.

Bautista Agut had been on a seven-match winning streak in the Davis Cup, a run stretching back to 2019.

"I also mixed up the rhythm, as well, which is very important against him. I was just very pleased with my game, to be honest."

Play was briefly halted when two environmental protesters dashed onto the court and attempted to tie themselves to the net before being wrestled to the floor and ejected from the arena by security staff.

The pair were members of the "Futuro Vegetal" group which demands "the adoption of a vegetable-based agri-food system."

"We interrupted the Davis Cup to demand urgent changes in the food system," the organisation explained on its Twitter account.