Tigresses optimistic for a winning start to Asia Cup 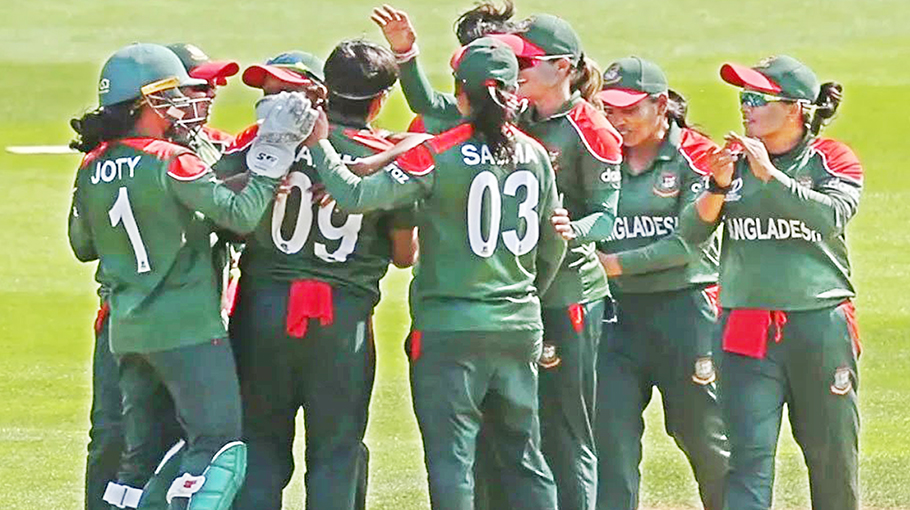 The match starts at 9 AM. spectators will enjoy a free entrance to the
stadium.

The tournament was supposed to be held in 2020 but the outbreak of the Covid-
19 hampered the progress. A total of seven Asian countries are participating
in this tournament this time.

The Tigresses who won the Asia Cup in 2018 for the first time, beating mighty
India in last ball thriller in Malaysia knew that the tag of defending
champions is itself a pressure. But they are keen to defend the title as the
confidence stemmed from being unbeaten champions in T20 Qualifiers a few days
back.

Bangladesh in fact became hat-trick champions in T20 Qualifiers of late,
beating Ireland in the final.

The Tigresses will be further boosted by pacer Jahanara Alam who missed the
Qualifiers due to injury. Also Fargana Hoque Pinky returned to the fold after
recovering from Covid-19.

"Since we'll be playing at home, we indeed feel no pressure and put
ourselves ahead. I think the biggest motivation is that we have qualified for
the World Cup, which is motivating the whole team," Joty said here today.

Like the other time, India who had recently won their first bilateral series
on England soil will be Bangladesh's main contender. But Joty said all of the
participating teams improved their game a lot so there's no point to think
just one team as the main contender.

"Every team here is strong enough and they actually are playing really well
cricket. We have to give everyone equal importance and play well against all
of them."

"But we are confident of retaining the title because we are playing at home
and the team is in a good stead."

All the matches of the tournament will be held in Sylhet. 9 out of 24 matches
will be played at Outer Cricket Stadium in Sylhet. The remaining 15 matches
will be played at Sylhet International Cricket Stadium. The seven
participating teams will face each other in the T20 format tournament. The
curtain will come down on October 15 with the finals of the Women's Asia Cup.

Bangladesh women's team did not lose a single match in the T2o World Cup
Qualifiers. Therefore, Joty thinks that there is no better preparation for
the Asia Cup.