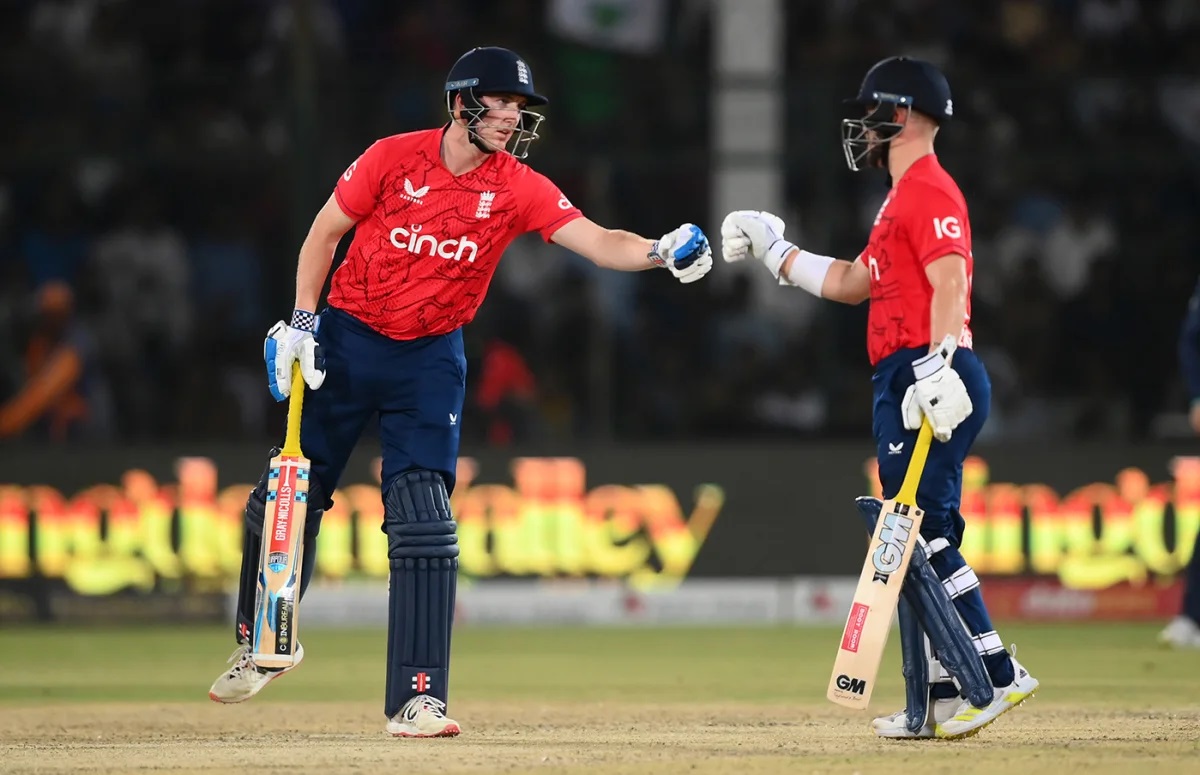 Brook scored a 35-ball 81 not out while Duckett cracked an unbeaten 42-ball 69 to lead England to an impressive 221-3 in their 20 overs after they were sent in to bat at National stadium.

Shan Masood led Pakistan's recovery in a 40-ball 65 not out but they finished well short on 158-8 in 20 overs to give England a 2-1 lead in the seven-match series.

The match proved an anti-climax to Pakistan's big ten-wicket win in the second game on Thursday that avenged their first game defeat by five wickets two days earlier, both in Karachi.

Masood and Khushdil Shah (29) added 62 for the fifth wicket but the asking rate climbed as England's pace-cum-spin attack continued to put the pressure.

"It's a brilliant win," said Ali. "We were ruthless with the bat and the way Brook and Duckett batted they showed they are two very good young players and then the bowling was outstanding."

"We didn't bowl well and once we had 222 to chase we needed a good start but losing four wickets inside six overs wasn't ideal," said Azam. "We need to fix that in the next game."

Earlier, England posted the highest total against Pakistan by any team in all T20Is beating the 211-3 Sri Lanka made in Dubai in 2013.

Debutant Will Jacks set the platform for England with a sparkling 20-ball 40 with eight boundaries before Brook and Duckett took the attack to the Pakistan bowlers.

For Pakistan, leg-spinner Usman Qadir was the pick of the bowlers with 2-48 while pacer Shahnawaz Dahani went for 62 runs in his four wicket-less overs.

Dahani's figures are the second worst by a Pakistani bowler in a T20I, just short of Usman Shinwari who conceded 63 in his four against South Africa at Johannesburg in 2019.

England are on their first tour of Pakistan since 2005.

The remaining matches are in Karachi (Sunday) and Lahore (September 28, 30 and October 2).