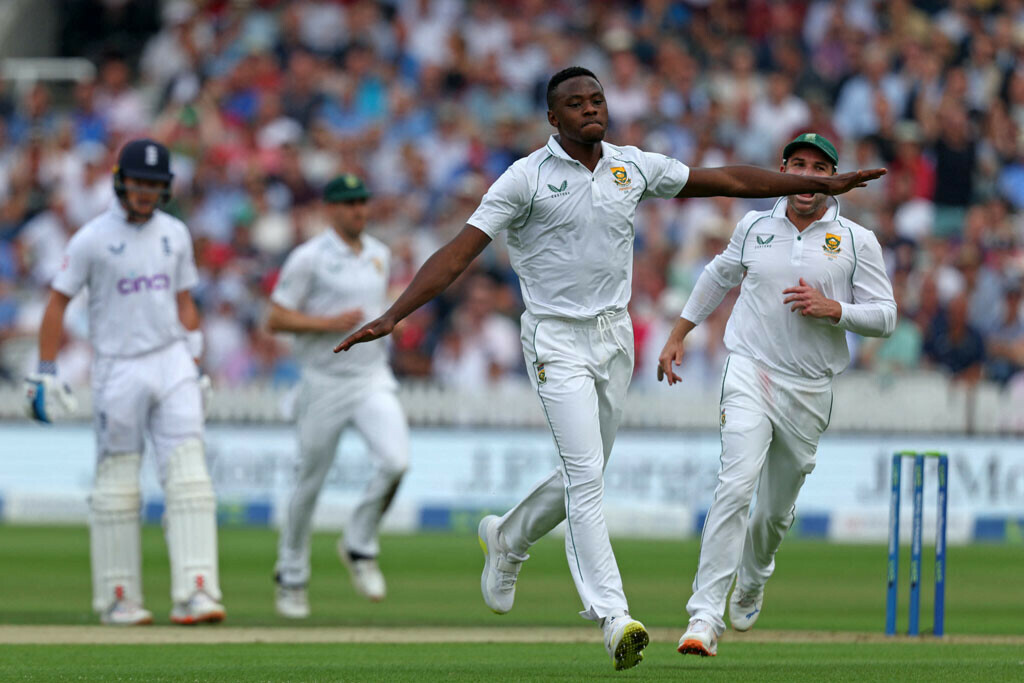 LONDON, Aug 17, 2022 (BSS/AFP) - Fit-again South Africa fast bowler Kagiso Rabada was thrust straight into the action as Proteas captain Dean Elgar won the toss and elected to field in the first Test against England at Lord's on Wednesday.

Spearhead quick Rabada had been doubtful for the opening match of the three-Test series with an ankle injury but was cleared to take his place in a powerful pace attack also featuring Lungi Ngidi, Marco Jansen and Anrich Nortje.

With grey skies in London and rain forecast, Elgar said conditions had influenced his decision.

"Overheads played a big part," he said at the toss. "I was a little undecided coming here today."

All of England's four Test wins this season have been achieved batting last -- a scenario that cannot be replicated in this match following Elgar's decision to field.

The opener, however, added: "It has nothing to do with what they have done in the past (chasing), it has to do with the conditions we are faced with."

Turning to Rabada, he said: "KG has pulled up 100 percent for us, so we are extremely happy to have him back leading our attack."

England had named their XI on Tuesday, with the return of wicketkeeper Ben Foakes the only change to the side that defeated India in the postponed fifth Test at Edgbaston last month after he missed the match following a case of coronavirus.

"We are very lucky to have him (Anderson)," said England captain Ben Stokes.

"An incredible ambassador for the game, for fast bowlers of the future. I can't see him stopping, he looks as young as ever."

England are bidding to make it five wins in a row under their new leadership duo of Stokes and red-ball coach Brendon McCullum following a 3-0 whitewash of world champions New Zealand and the win against India.

South Africa are currently top of the World Test Championship table, having won seven out of nine matches since Elgar was appointed as their permanent captain last year.

But the Proteas have not defeated England in a Test series, either at home or away, since 2012.