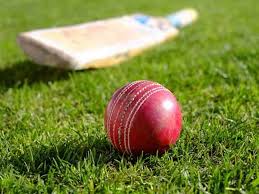 Opener Smriti Mandhana starred for India, smashing 61 off just 32 balls, and Jemimah Rodrigues made an unbeaten 44 as they made a challenging 164-5 at Birmingham's Edgbaston ground.

England were in with a chance with captain Nat Sciver (41) and Amy Jones (31) at the crease but both were run out in the desperate scramble for runs.

India will face either Australia or New Zealand in Sunday's final, with England meeting the loser of that match for bronze.

India's captain Harmanpreet Kaur said she was delighted her team was performing under pressure.

"Other players were also taking responsibility so my job is easier -- I don't have to tell them what to do" she said.

"People are coming out of the box and are ready to do whatever is possible for the team -- that's what you need from your team-mates," she said.