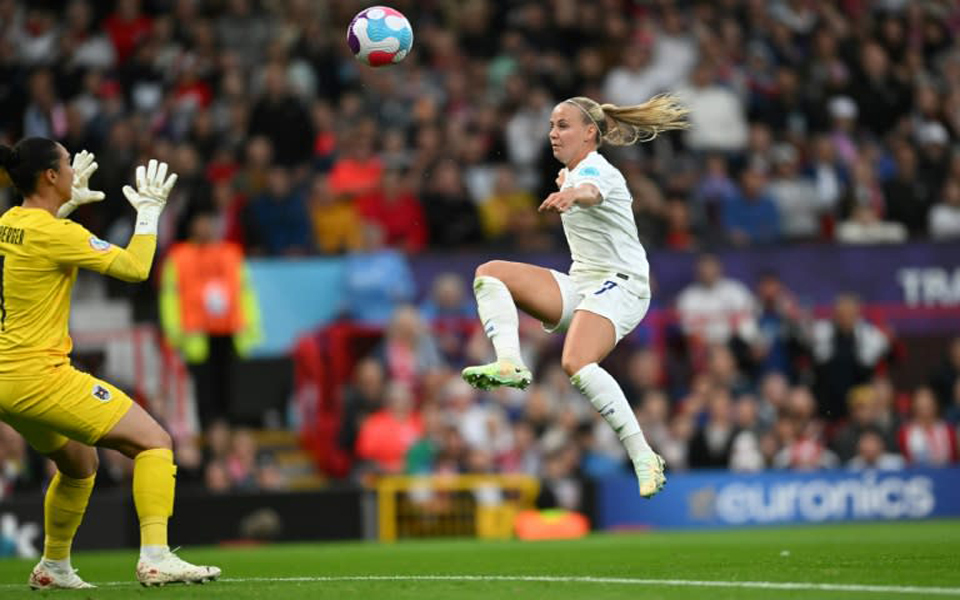 MANCHESTER, United Kingdom, July 6, 2022 (BSS/AFP) - England manager Sarina
Wiegman hailed a record crowd of 69,000 as a testament to how far the women's
game has come, as the Lionesses started Euro 2022 with a 1-0 win over
Austria.

The attendance smashed the previous best for a match at the women's European
Championship by nearly 30,000.

The vast majority inside the Theatre of Dreams got what they wanted to see as
Beth Mead's early goal ensured the hosts claimed victory despite a sub-par
performance.

"It was incredible, (there are) no more words," said Wiegman.

"It is unbelievable, from where we've come from, to be playing here at Old
Trafford in front of 70,000.

"I hope they keep coming and they will because we've sold out stadiums."

Home advantage is just one of the reasons why England are considered among
the favourites to win their first ever major tournament in the women's game.

Wiegman, who led the Netherlands to victory at Euro 2017, is now unbeaten in
15 games since taking charge in September.

The weight of expectation appeared heavy on the hosts in a nervous start.

However, they kicked the tournament into life in style on 16 minutes when
Fran Kirby's lofted pass picked out Mead and the Arsenal forward calmly
lifted the ball over her club teammate Manuela Zinsberger.

Carina Wenninger made a desperate attempt to clear but the ball had just
crossed the line before she intervened.

England then settled into the rhythm that has seen them score 85 goals and
concede just three in the Wiegman era.

Ellen White should have added to her record 50 international goals for
England when the Manchester City striker headed wide a tempting delivery from
Lauren Hemp.

Zinsberger then showed why she is one the best goalkeepers in the world with
a vital stop to turn Hemp's effort over in first-half stoppage time.

England's strength in depth shone through in comprehensive pre-tournament
friendly wins over Belgium, the Netherlands and Switzerland.

Yet this time, a triple change from Wiegman on the hour mark to introduce the
younger legs of Ella Toone, Chloe Kelly and Alessia Russo made little impact.

Instead, just as when the sides met in World Cup qualifying in November,
England had to settle for a slender margin of victory as Austria stood firm
and could have even snatched a shock point.

Mary Earps was forced to turn Barbara Dunst's curling effort from outside the
box behind before making a more routine save from Julia Hickelsberger-Fuller
as England held out.

"The most important thing is winning that first game," said England
midfielder Georgia Stanway, who won player of the match.

"It puts you in a good position, being able to settle ourselves into the
tournament. There is room for improvement.

"The occasion was massive, of course there were some nerves."

England face Norway next in Brighton on Monday in what is expected to be
their toughest test of the group stages.

Austria take on tournament debutants Northern Ireland on the same day in
Southampton.