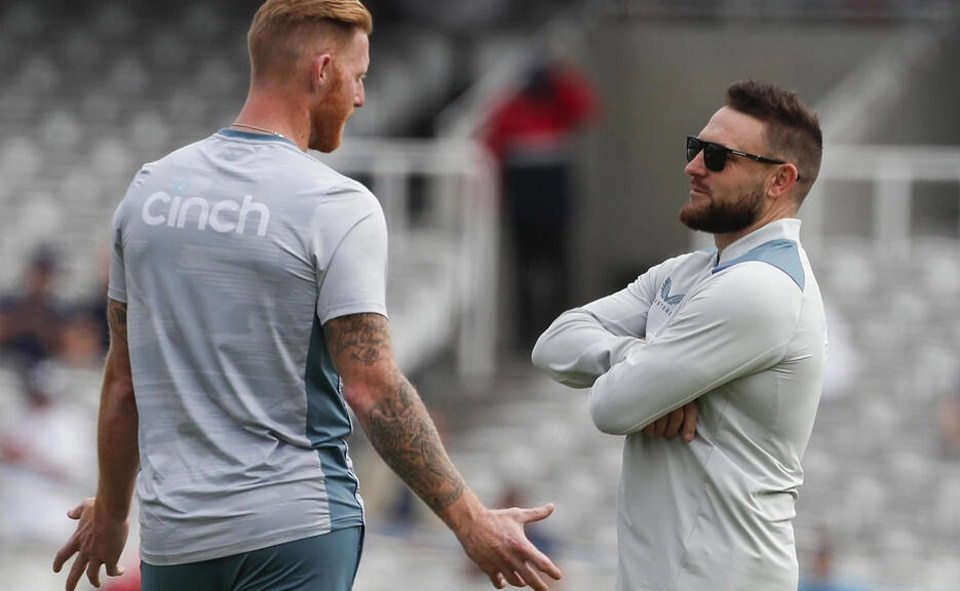 BIRMINGHAM, United Kingdom, July 6, 2022 (BSS/AFP) - Everything you know
about Test cricket is wrong.

Well that might be the conclusion of some fans who watched a resurgent
England make light of a chase of 378 in the Covid-delayed fifth Test against
India.

It was the latest example of 'Bazball' in action, with a seven-wicket win in
Birmingham England's fourth successful chase in as many Tests under a new
leadership duo of coach Brendon McCullum and captain Ben Stokes following a
3-0 whitewash of Test world champions New Zealand.

No England side, however, had previously made more to win in the fourth
innings of a Test than 359, when Stokes' brilliant century secured a
thrilling victory over Australia at Headingley three years ago.

But with Joe Root (142 not out) and Jonny Bairstow (114 not out) sharing an
unbroken partnership of 269, that mark was overhauled with ease at Edgbaston
as England ended a five-match series all square at 2-2.

Yet as well as former England captain Root and Bairstow batted, they are in-
form and experienced internationals.

Arguably the greatest revelation about England's latest run-chase was how
they attacked it from the start, with Alex Lees and Zak Crawley, both of whom
had been struggling for runs, sharing a century opening stand in 19.5 overs -
- the fastest in England Test history.

Stokes said England's approach was down to a change in attitude from a team
that had won just one of its 17 previous Tests prior to the New Zealand
series.

"When you've got real clarity in what you want to achieve as a team and how
you want to play it makes things a lot easier," said Stokes.

"We know what we were going to do -- we knew we were always going to go out
and try and chase that down from the get-go.

"A great way to explain is that teams are perhaps better than us, but teams
won't be braver than us.

"(England spinner) Jack Leach said that to me and it is a great way to sum
things up at the moment," the all-rounder added.

Scoring runs quickly in Test cricket is nothing new.

A celebrated West Indies team once chased down a target of 342 inside a day
to beat England by nine wickets at Lord's, with opener Gordon Greenidge
making an unbeaten double century.

And the successful Australia teams of the late 1990s and early 2000s looked
to score at a rate of four per over in order to give their bowlers as much
time as possible to take the 20 wickets needed to win a Test.

But on Tuesday, England were scoring at a rate of nearly five an over, with
the way Root reverse scooped medium-pacer Shardul Thakur for six a sign of
how T20 shot-making, unknown to previous generations, is influencing the
longer game.

Former New Zealand captain McCullum was credited for being the inspiration
behind England's rise from white-ball no-hopers to 2019 50-over World Cup
winners and England clearly hope he will have a similar effect now he is
directly involved with the Test side.

Four matches is a small sample size, however, and had Rishabh Pant stayed in
for just a little longer in India's second innings, Stokes may have been
granted a wish where he "almost wanted them to get 450 (ahead), to see what
we did."

India coach Rahul Dravid, one of the best batsmen of his era, was impressed
by England but said the way Pant had scored a typically dynamic 146, in a
first innings where Ravindra Jadeja also made a hundred, proved Stokes' side
did not have a copyright on attacking play.

"When your players are doing well, are in good form, then you can play really
positively, can take the game forward," said Dravid.

"We also showed when Rishabh Pant and Ravindra Jadeja were playing in the
first innings -- we played pretty positive cricket.

"But when two positive players or attacking players are in good form, and can
play such a big innings, and that happens in three to four matches
continuously it looks good for cricket and also for them."