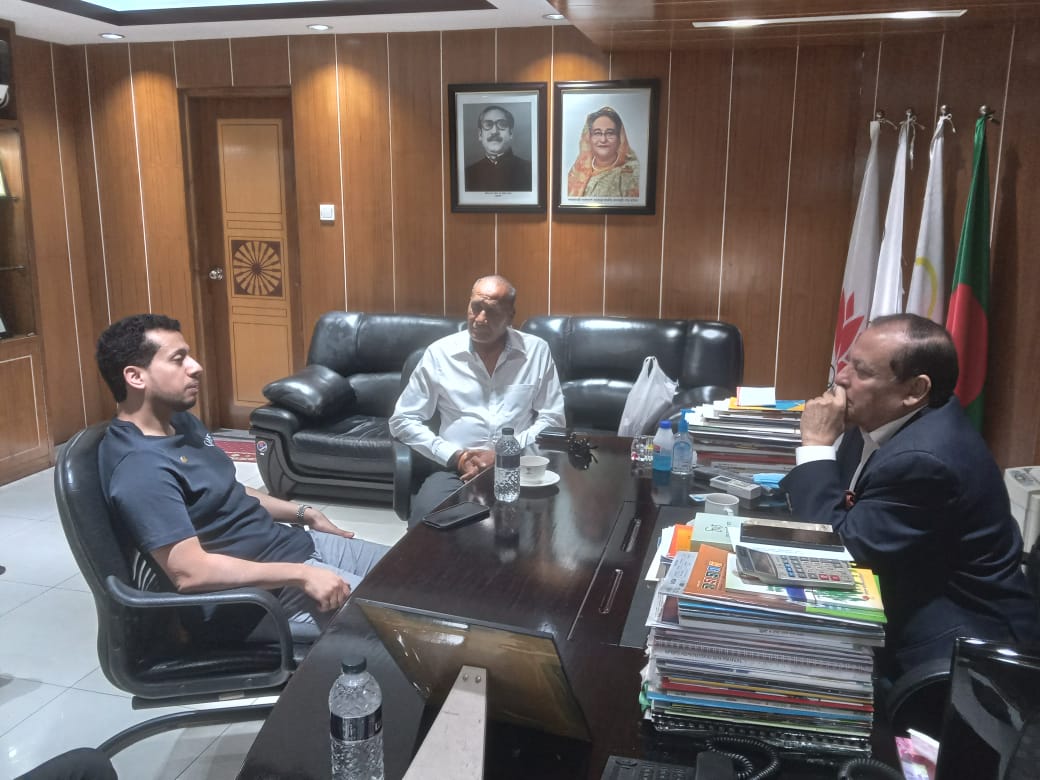 The secretary general of the Nepal Olympic Association, Nilendra Raj Shrestha was also present there.

Qais arrived in Bangladesh to observe the Rugby series between hosts Bangladesh and Nepal.

Rugby is widely popular in the South-East Asian region and also gaining popularity in the other parts of the continent as well.

Qais, the president of Asia Rugby requested Shahed Reza and Nilendra Raj to include the sport in the upcoming South Asian Games as it takes approval from five national Olympic committees to include a new sport.

Shahed Reza said that BOA is always helping rugby to grow more but at the end of the day it is the host nation's call.

"We're always supportive of any sport, but it is the Pakistan to decide whether they will add another sport to the itinerary or not. If Rugby is included, we can send a team", said the BOA secretary general.

Qais said that Asia Rugby will keep helping Bangladesh Rugby Federation (Union), "Bangladesh is considered a potential market in Asia. South Asia is a big market for us. The National Olympic Committees should take more care of rugby because it's an Olympic sport. Rugby is one of the 28 disciplines of the Summer Olympics. We are helping Bangladesh financially and technically," he added.

The Asia Rugby president met Pakistan's National Olympic Committee officials recently and he is hopeful that Rugby would be included in the next South Asian Games.

"Rugby is not yet popular in Nepal, but today I am here because of rugby. The seven-a-side version is more interesting. I think it can make a place in the South Asian Games", he said.

The next edition of the South Asian Games is scheduled to take in Pakistan, but due to political unrest, the Games might be rescheduled. The NOC heads of all the participating nations in the SAFF Games will have an online meeting on June 27 where a clear directive is expected.