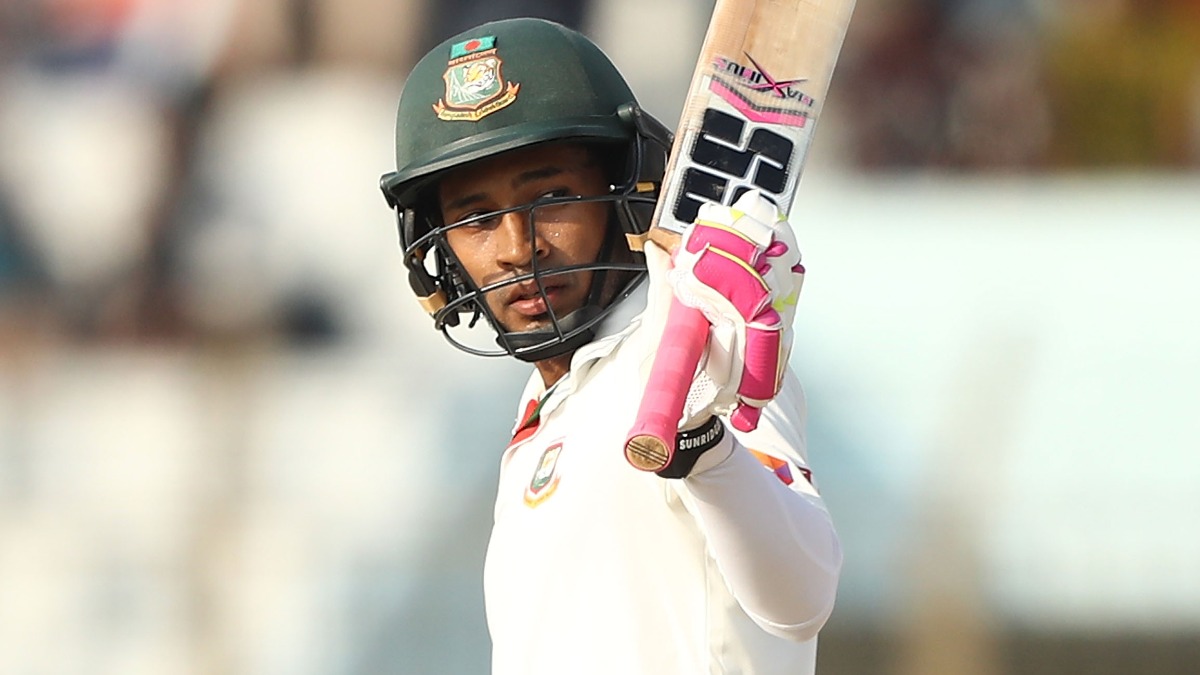 DHAKA, May 24, 2022 (BSS)-Considered as the most dependable batter of the
country, Mushfiqur's penchant for big score is palpable if his stat is taken
into the consideration.

He though hit just nine centuries in 82 Test matches, five of those were 150
plus, a stat this is enviable for even the best batter of the world. If
percentage is considered, more than 50 percent of his centuries is being
converted to big one, which many terms 'daddy century' or 'fat century'.

No other Bangladeshi batters came close to him in this regard with Test
captain Mominul Haque following him with three 150 plus score. But Mushfiqur
has three double centuries under his belt, while Mominul has none as of now.
Tamim Iqbal and Mohadmmad Ashraful had two 150 plus knock.

After making his debut at Lord's, popularly called as cricket's Mecca in
2005, Mushfiqur had to wait 33 innings and five years for his first century
which came against India in Chattogram. It was just a knock of 101 runs.

He then needed 27 innings to hit his second and three years. In those
periods, he had to gauge serious criticism but he patiently dealt with all
adversities.

And the result was sweeter as the second one made a history. He scored 200
against Sri Lanka at Galle in Sri Lanka to become the first Bangladeshi
batter to hit double century. His love affair with Sri Lankan attack began
with that and it continued till now.

As the second one was a daddy century, he never looked back and made a habit
to score big one when he reached 100 unlike his other colleagues.

Most of his daddy centuries however came at foreign soil though often he was
off from the spotlight. His 159 against New Zealand in 2017 in Wellington set
the platform for Bangladesh but limelight was on Shakib Al Hasan who made 217
in that match.

He later scored 219 not out against Zimbabwe to erase Shakib's name from the
highest individual scorer for Bangladesh in a Test innings.

However Mushfiqur became the first Bangladeshi batter to reach 5000 runs in
Test cricket when he scored 105 against Sri Lanka in the first Test of this
series in Chattogram.

The century came after a lot of criticism as usual as he went through a lean
batting patch.

Now when his 175 not out came as his consecutive second century, this not
only shut the mouth of the critics but also proved how passionate he is for a
big knock.

Only four times Bangladeshi batters could stay in the crease more than 500
minutes. Mushfiqur himself did it twice including the highest 589 minutes
which came against Zimbabwe in 2018 during his 219 not out. In this match
against Sri Lanka he batted 526 minutes alone while the whole Bangladesh
innings lasted 556 minutes.

Aminul Islam Bulbul in Bangladesh's debut Test against India in 2000 and
Najmul Hossain Shanto during his 163 against Sri Lanka batted more than 500
minutes.

However still Mushfiqur was criticized for being slow in the Chattogram Test
and now in Dhaka Test.

His batting partner Liton Das with whom he shared a sixth wicket record 272-
run after Bangladesh being slumped to 24-5 gave the critics a fitting reply.

"I know what a gifted batter he is. I had made many big partnerships with him
in the past, so I know the pattern of his batting," Liton Das said.

"No batter is slow in Test cricket. No batter can play without flow. There
was some psychological matter involved here."