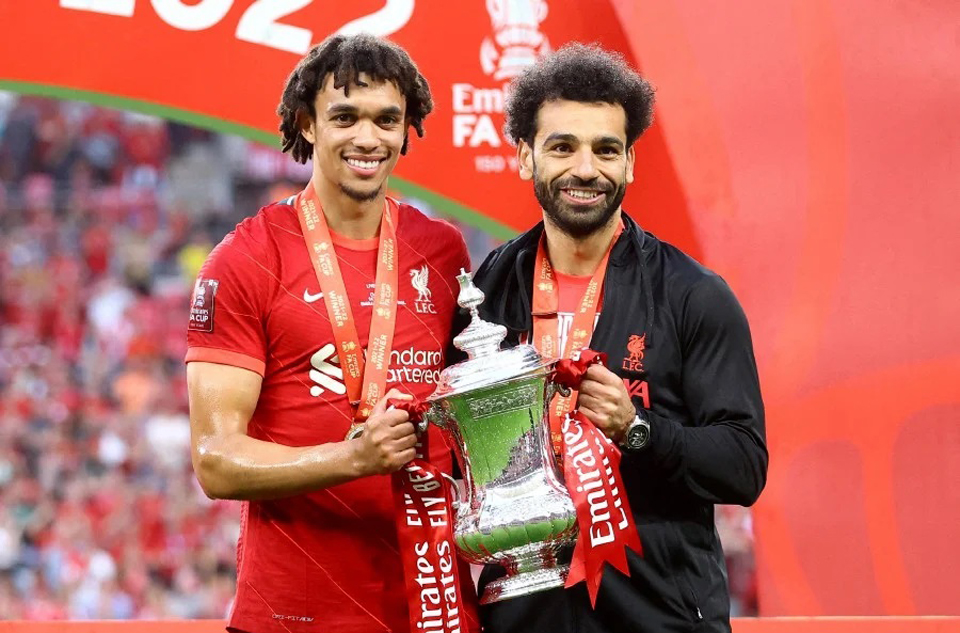 LONDON, May 22, 2022 (BSS/AFP) - Pep Guardiola has urged his Manchester City
stars to keep their emotions under control as the Premier League leaders bid
to pip Liverpool to the title on a dramatic final day of the season.

Guardiola's side are one point clear of second-placed Liverpool's heading
into Sunday's do-or-die matches.

City face Aston Villa at the Etihad Stadium knowing a victory would clinch
their fourth English title in five seasons.

But if City drop points, Liverpool will be crowned champions for a English
record-equalling 20th time if they beat Wolves at Anfield.

It is the culmination of a thrilling title race, which has seen Liverpool
relentlessly chase down City after the reigning champions held a 14-point
lead in January.

Guardiola knows the high-stakes denouement will pile pressure on his players,
who drew 2-2 at West Ham in their previous game after Riyad Mahrez missed a
late penalty that would have left them needing only one point against Villa.

But the Spaniard, hoping to win the 10th league title of his glittering
managerial career, said: "I told the players it's just a football game, don't
think of the consequences, of how happy we will be if we win or how sad we
will be if we lose. Just think about what you have to do to win against Aston
Villa.

"They are human beings, they have feelings. Maybe we will have to live
through something unexpected, be uncomfortable, but what we can do is react
the best way possible, be positive and don't give up."

Holding off Liverpool would be arguably City's finest achievement in
Guardiola's six-year reign.

Liverpool, who were beaten to the title by City on the last day of the 2018-
19 season, are in the midst of an historic attempt to win the quadruple.

Having already won the FA Cup and League Cup, as well as earning a Champions
League final date with Real Madrid in Paris on May 28, Jurgen Klopp's team
could become the first English club to claim all four major trophies in a
single season.

Klopp has continually played down Liverpool's astonishing chase for a clean
sweep and he insisted the season has already exceeded his wildest
expectations.

"Imagine somebody tells you before the season, you're going to be in all
three cup finals and want to fight for the league. You would say 'Yeah, good
luck with that'," said Klopp, who led Liverpool to their first title for 30
years in 2020.

"It has been tough but great. It's absolutely a joy to be part of it. Being
part of this group is exceptional. Now we have to make sure we enjoy the last
two massive games."

While the climax to the title race is the main focus at the end of an
enthralling season, there will be plenty of drama elsewhere.

The fight to qualify for next season's Champions League via a top-four finish
has gone down to the wire, with fourth placed Tottenham controlling their
fate.

Antonio Conte's side are two points ahead of fifth-placed Arsenal with a
vastly superior goal difference.

Tottenham should be certain of returning to the Champions League after a two-
season absence if they avoid defeat at relegated Norwich.

"We know the importance of the game. If someone thinks the situation is easy
I am not that person and I don't transfer these thoughts to my players,"
Conte said.

Spluttering Arsenal have to beat Everton at the Emirates Stadium and hope
their north London rivals lose to steal fourth spot.

With incoming boss Erik ten Hag set to watch from the stands, sixth-placed
Manchester United must win at Crystal Palace to avoid the ignominy of
slipping into the Europa Conference League.

A draw or defeat for United would open the way for West Ham to leapfrog them
into the Europa League if they beat Brighton.

At the other end of the table, Burnley and Leeds are locked in a tense fight
for survival.

Third bottom Leeds are behind fourth bottom Burnley on goal difference and
will be relegated if the Clarets beat Newcastle at Turf Moor.

If Burnley drop points, Leeds could stay up depending on their result at
Brentford.