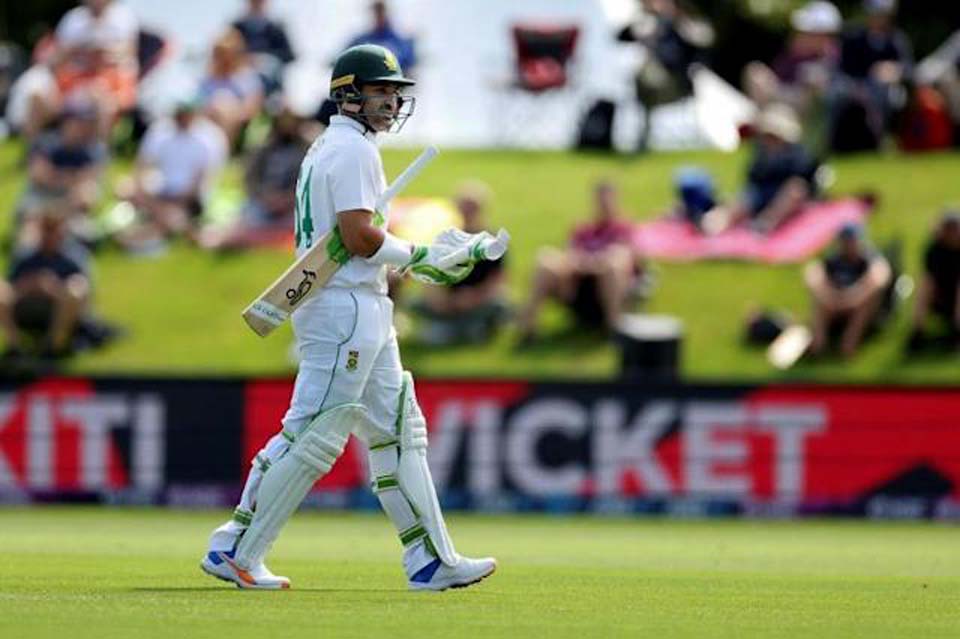 CHRISTCHURCH, New Zealand, Feb 17, 2022 (BSS/AFP) - Matt Henry ripped
through the South Africa top order with three wickets as New Zealand cashed
in on winning a valuable toss to reduce the visitors to 44 for four at lunch
on day one of the first Test in Christchurch on Thursday.

Henry, brought into the starting line-up with regular new-ball bowler Trent
Boult on paternity leave, had figures of three for 16 from his nine overs as
the New Zealand attack relished conditions which were ripe for their swing
and seam attack.

Temba Bavuma and Zubayr Hamza were the not out batsmen at the interval,
both on four.

Hagley Oval, with its green-tinged wicket, is always a bowl-first venue and
world Test champions New Zealand are desperate for a win after squaring a
home series with Bangladesh and losing in India recently.

Tim Southee set the standard with the opening ball, a huge inswinger to
Dean Elgar that finished down legside and had wicketkeeper Tom Blundell
diving full length to prevent the ball racing towards the boundary.

Henry claimed his first wicket with the fourth ball of his opening over
which nipped away from Elgar and the South African skipper was gone for one,
caught by Southee at third slip.

A similar delivery from Kyle Jamieson ended Sarel Erwee's maiden Test
innings with the debutant reaching 10 before he feathered the ball to Daryl
Mitchell standing in the first slip position vacated by the now retired Ross
Taylor.

When Henry came back for his second spell he accounted for Aiden Markram
for 15 and Rassie van der Dussen for eight in the same over with both batsmen
troubled by his bounce and movement off the wicket.