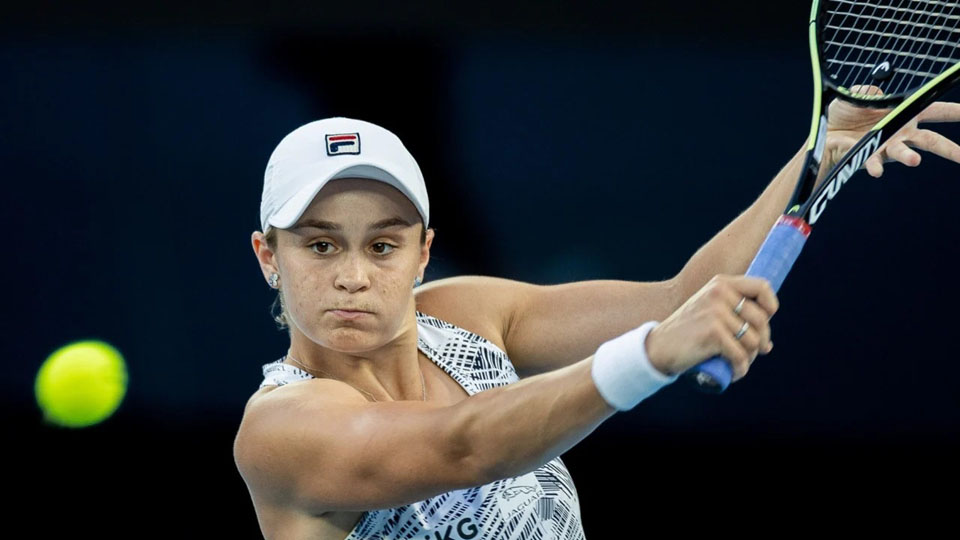 The first Grand Slam of the year hits the women's semi-final stage with top seed Barty trying to stay on course to be the first Australian woman to lift the trophy since 1978 against unseeded Keys.

Barty is renowned as one of the best tacticians in the game and has out-thought and out-played all her opponents so far while blasting through the top half of the draw without dropping a set and barely breaking sweat.

As well as "problem-solving" her way out of tricky moments, Barty has developed an exceptional all-court game which beaten quarter-final opponent Jessica Pegula said "picks you apart".

Keys, who made the last four in 2015 and lost to eventual champion Serena Williams, said it was important for her to "continue to focus on my side of the net".

But she also knows Barty's dangerous backhand slice must be blunted. "You can't do a ton off of her slice because it comes in so low," said Keys.

Two-time Grand Slam winner Barty is aiming to succeed Chris O'Neill, who was the last Australian to lift the women's singles trophy all of 44 years ago.

But the down-to-earth Australian is taking nothing for granted against a player who has already beaten 2020 champion Sofia Kenin, eighth seed Paula Badosa and fourth seed Barbora Krejcikova in her run to the final four.

"Maddie is an exceptional athlete, she has a great serve, great first strike off the return and off her first ball after her serve," she said.

But after making the semis at Melbourne Park in 2019, the 28-year-old believes she now has the experience to press on.

"Now that I've made quarter-finals at French and semi-finals here before, I think I can use those experiences to certainly help me in the tight-pressure moments on court. I can use that to my advantage," she said.

Swiatek is still just 20 but has also gained huge experience since her French Open triumph, and is in the second week for a sixth consecutive Grand Slam.

But this is the first time she made the last four away from the Paris clay.

"I will approach it the same as any other match, really. I have played with some heavy hitters in this tournament already, so I feel like I'm feeling their game on my racquet pretty well," she said.